🎮 Microsoft Gearing Up to Take on Sony

What you need to know before the US markets open 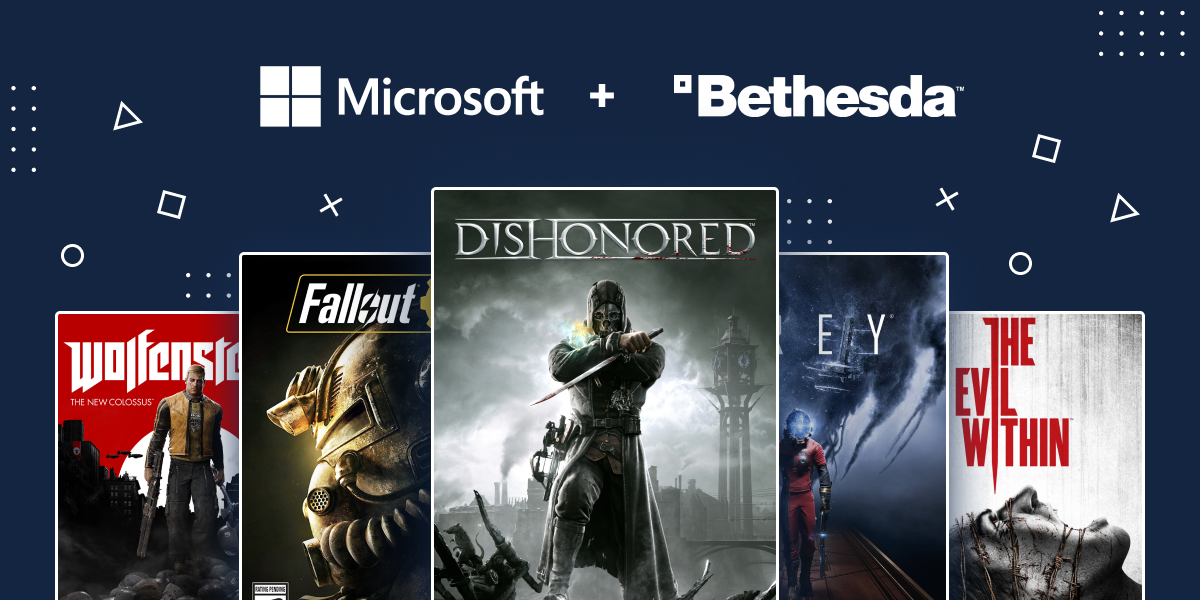 🔥 Winvesta won the Fintech of the Year for Asia Pac in the Barclays Entrepreneur Awards 2020, and is nominated for the Global Award.

You’ve been an integral part of the Winvesta community, and the reason we’ve been nominated for the People’s Choice Award. But there’s not much time left: vote for us while you still can.

Microsoft’s Throws Down the Gauntlet at Sony – Acquires Bethesda for $7.5B

Microsoft announced Monday that it would acquire ZeniMax Media, parent of video game giant Bethesda for $7.5B.

What is Happening? The video game industry is currently exploding, and it’s common knowledge that Sony is ahead in the race. Microsoft is set to unveil Xbox Series S and Series X consoles in November to take on Sony’s PS5 in the next-gen console wars. The company lost ground to Sony in the current console generation as it sold nearly 60M fewer Xbox One units compared to PS4 and is keen to turn things around.

Enter ZeniMax Media, one of the foremost gaming firms in the world. Its $7.5B acquisition by Microsoft is a big deal. The tech giant will add eight new studios to the existing 15. It will publish hugely popular titles like The Elder Scrolls, Doom, Fallout, and Wolfenstein on Xbox’s “Game Pass” subscription service the same day they hit the market. Generally, third-party titles take months to show up on Game Pass after the initial release.

The Bethesda purchase highlights Microsoft’s need for gaming studios. The company currently has 15M Game Pass subscribers and is making nearly $1B in annual subscription revenue. By adding ZeniMax titles on the Game Pass the same day as their release, Microsoft plans to double its subscribers and ultimately earn substantial profits.

The acquisition which will consummate next year will preserve ZeniMax’s leadership structure. It is unlikely Microsoft will make all ZeniMax games exclusive to Xbox and PC as it would attract a lot of criticism from gamers worldwide. More importantly, the company would lose out on revenue from gamers buying ZeniMax titles for PS and Nintendo platforms.

With the Bethesda acquisition, Microsoft is positioning itself as a greater player in the gaming industry vis-à-vis Sony. Add to it, the soon-to-be-launched next-gen consoles, and Game Pass’s superb value, there’s enough pressure on Sony to make its move. It’s game on!

If you lift a kangaroo’s tail off the ground it can’t hop.