📄 ​​Has The Aon-Willis Story Ended Before It Began? 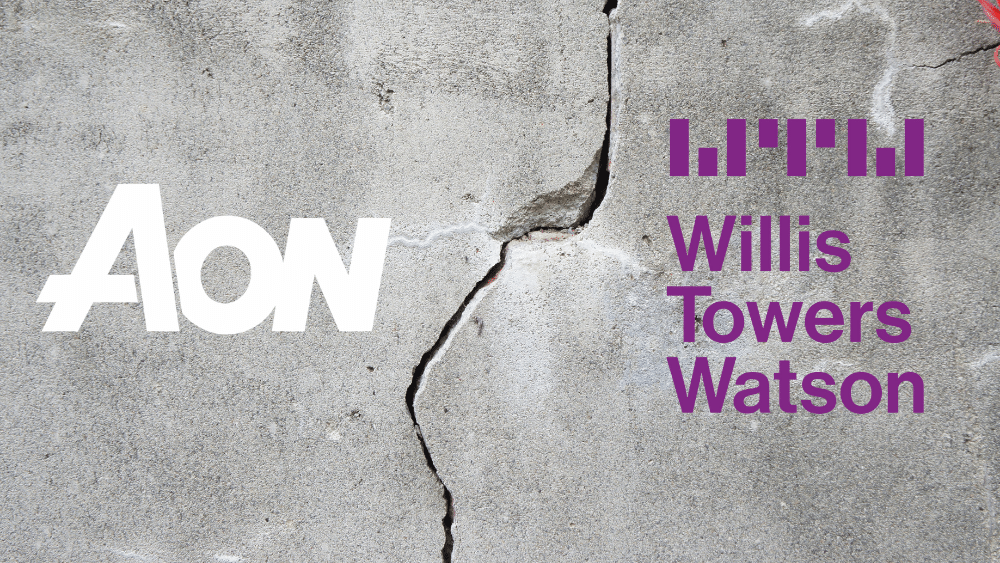 Dreaming of an overseas vacation home, or property investment? Don’t put all your eggs in one basket and diversify your foreign property portfolio by investing in fractional real estate instead. Learn how you can start with as little as $10.

* Investing in real estate is risky. Capital is at risk

This is a “we told you so” story. Aon Plc. (AON) and Willis Towers Watson (WLTW) have terminated their $30B merger proposal in order to preempt further action by the US Department of Justice. Reaction from investors has been contrasting, but in the end, it’s the customer that has won. (Tweet This)

The Merger That Never Was

Six weeks back, we had written about the implications of a mega merger in the insurance space. The plan was to create the world’s largest insurance broker. Just before the pandemic struck, Aon, the world’s #2 insurance broker made a bid for the #5 broker Willis Towers Watson.

This was a power struggle in the making that would dislodge Marsh & McClennan from the top position. The $30B all-stock deal would result in cost savings and improved profitability – that’s what the merging entities had envisioned.

What they were consciously not saying is the fact that there would be reduced competition in the space, which would translate to customers being worse off with fewer choices. And this is where the regulators in the EU and the US focused on.

In fact, the DoJ outright objected to the deal citing too much pricing power to the combined entity and reduced competition. The deal received conditional approval from the European regulators only this month. Key parts of Willis’ business were to be sold upfront to rival Arthur J. Gallagher for the EU to approve this deal.

While the EU was a bit more amenable, the DoJ was recalcitrant and sued to block the deal last month. Aon and Willis lamented that DoJ’s position reeks of a lack of understanding of their business. Their overtures were futile and failed to cut ice with the DoJ over the past month or so.

Last Friday, the federal judge overseeing the suit said he would be focusing on the impact of reduced competition when it comes to customer choice – so the writing was pretty much on the wall.

Back To Square One

With things not transpiring as they had hoped, Aon triggered the termination clause in the business combination agreement. Aon will have to pay Willis Towers Watson a termination fee of $1B and lick its wounds after a bruising battle with the regulators in the US and EU.

Bruising because Aon had agreed to cut out parts of its retirement business in the US and Germany including the US retiree healthcare exchange, in addition to offloading Willis Towers’ global reinsurance business. All of these concessions amounted to nought.

Willis Towers Watson put up a brave face, saying irrespective of the developments in this past week, it remains well-positioned to compete across business lines and product innovation.

In Fact, Marsh was already working to preempt the planned merger by fortifying the ranks of its employees. It added over 500 employees in Q1, poaching primarily from Aon and Willis Towers.

The news has come as a relief to shareholders of Aon whose shares have languished more or less flat in the past 16 months. They were scratching their heads on the day the Aon management had announced the deal wondering whether the deal will go through.

Willis’ shareholders on the other hand had been the jubilant lot when merger plans were announced. In the same 16-month period, shares had risen 13.5%, only to deflate back to terra firma yesterday.

They requested, pleaded, and hoped to unite but couldn’t quite clear the last hurdle. The curtains have finally been drawn on the Aon-Wills Towers soap opera. While the protagonists part ways, shareholders can finally breathe easy knowing the uncertain and long-winded court proceedings are no longer a concern.

First Time Ever: Tesla reports more than $1B in net income during Q2, up tenfold from a year ago (TSLA +2.21%)