The 1MDB Scandal and GS's role in it 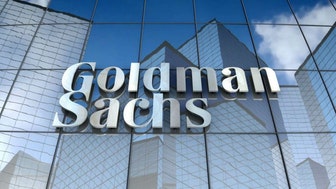 Goldman will pay over $2.9B to regulators, $1.3B of which will go to the US Department of Justice. The company had already settled the case with Malaysian authorities by paying $3.9B.

Background: Goldman Sachs is the bluest of blue-chip Wall Street banks and one of the richest and most powerful financial firms on the planet. 1MDB is 1Malaysia Development Berhad, Malaysia’s sovereign wealth fund.

Back in 2012 and 2013, Goldman had arranged three large bond offerings for the 1MDB fund, and helped raise $6.5B and earned the bank about $600M in fees. An investigation began soon thereafter, with the Malaysian authorities and the DoJ alleging $4.5B were stolen from the proceeds.

Malaysian financier Jho Low was accused of masterminding a plot to channel the funds to former Prime Minister Najib Razak’s bank accounts. The money was also used to buy New York condos, hotels, yachts, a jet, and the movie, “The Wolf of Wall Street.” Low has since gone into hiding in Wuhan, the Covid epicenter. Razak was found guilty of money laundering and is currently in jail, awaiting sentencing.

What Happened? Goldman’s Malaysian subsidiary was found to be hand-in-glove in this scheme. The company settled the case in the summer and agreed to pay $3.9B to the Malaysian government. As part of the settlement, Malaysia dropped all criminal and regulatory proceedings against the company and certain officers.

The Malaysian subsidiary pleaded guilty to violating the Foreign Corrupt Practices Act, a US law that bars companies from bribing any officials anywhere in the world. The parent company maneuvered out of a conviction in the US, promising to behave, cooperate with ongoing US investigations, and submitting compliance reports In addition, it will pay $2.9B in fines to the DoJ and to regulators in Hong Kong, Singapore, and the UK.

The $5+B in fines is equivalent to the first nine months profit at Goldman this year. The bank had $153B in cash on hand as of September 30th, a $20B increase from what it had three months earlier.

Goldman will force CEO David Solomon and predecessor Lloyd Blankfein to give up pay, attaching personal accountability to two of the industry’s most notable leaders for a global scandal.

Market Reaction: The stock closed at $205.40, up 1.23%. Investors heaved a sigh of relief as this settlement is seen as a rap on the knuckles more than anything else. The stakes could have been much higher if the case had gone to court.