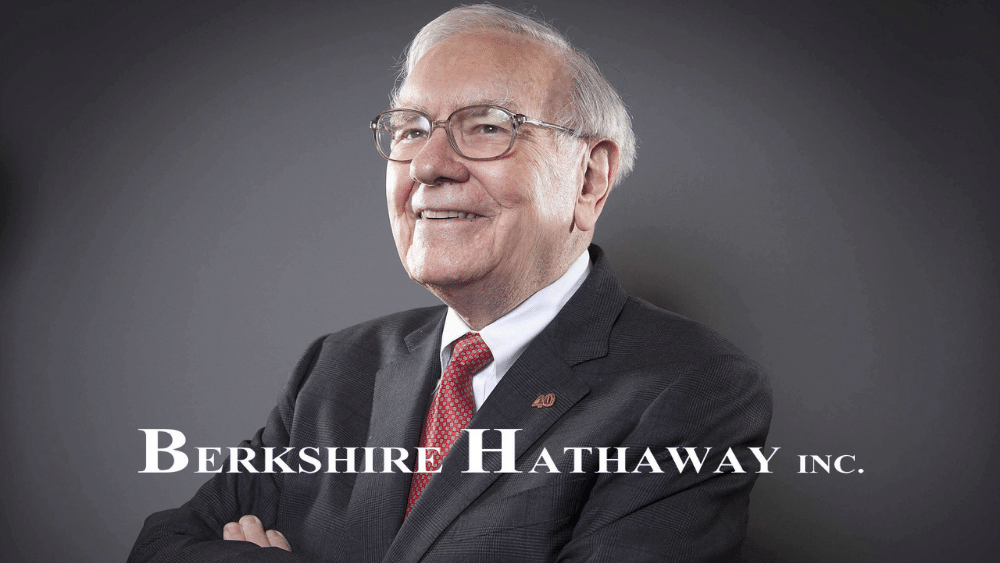 Berkshire Hathaway (BRK.A) reported record profit in Q4. One-third of that was due to the rebound in BNSF railroad and Berkshire Hathaway Energy. While Warren Buffett cautioned shareholders against being “motivated by ever-changing headlines,” he seems to belie his own warning. (Tweet This)

Warren Buffett is sulking. The 91-year old Oracle of Omaha finds “little that excites” him to deploy Berkshire’s record $146.7B cash pile. His criteria for investing? Meaningful participation in companies with “durable economic advantages” and “a first-class CEO.” Saying he wants to hold a stock “forever,” Buffett called himself and partner Charlie Munger “business-pickers,” not “stock-pickers.”

$120B of the $146.7B warchest is held in US Treasury Bills, all maturing in less than a year. The lack of investment opportunities meant some of the money had been used in repurchasing shares of his own company. Over the last two years, Berkshire has repurchased 9% of the shares outstanding at the end of 2019, worth $51.7B.

For Q4 2021, Berkshire beat estimates on all fronts, with four out of the five reporting segments witnessing growth Y-o-Y.

For a while now, Buffett has been urging investors to focus on Berkshire’s operating earnings rather than the entire conglomerate. Y-o-Y, operating earnings were up 45%. Railroads, utilities, and energy businesses saw revenue jump 12% Y-o-Y. Manufacturing, services, and retail divisions grew by 13%. For Insurance Investment Income, revenue fell 4% from last year.

Warren Buffett had, for a long time, famously avoided technology stocks. Berkshire finally bit the bullet in 2016, when it first invested in Apple when the stock was near its 52-week low. In his annual letter to shareholders, Buffett highlighted the four “giants” aiding Berkshire Hathaway’s growth. Apple was one of them.

Berkshire’s 5.6% stake in Apple is valued at over $161B and is Berkshire’s biggest portfolio holding by value. The annual dividend from Apple alone amounts to ~$800M. Alongside Apple was the BNSF railroad business and Berkshire Hathaway Energy, which earned a record $4B in 2021. That’s a 30X jump from the $122M it had earned back in 2000 when Berkshire had acquired its first stake.

A Victim Of FOMO?

“People who are comfortable with their investments will, on average, achieve better results than those who are motivated by ever-changing headlines, chatter, and promises.”

Still, is it possible the Oracle of Omaha may have fallen prey to ever-changing headlines? It was revealed in an SEC filing last Friday that Berkshire acquired a stake in Occidental Petroleum. Delaware-based Occidental was established in 1909 and has operations spanning the US, Middle East, Africa, and Latin America.

It turns out Berkshire now owns 91.2M shares (or a 9% stake) in the oil company. Given that there was no mention of any stake in Occidental as of December 31st, 2021, this entire purchase has happened in the past couple of months. It also has warrants to purchase another 83.9M shares at $59.62 per share. Berkshire will have a 17% stake in the company whenever they get exercised.

In 2019, Berkshire had purchased $10B in preferred stock in Occidental, as the company prepared to acquire Anadarko Petroleum. The $55B deal was the fourth biggest oil & gas acquisition in history. Occidental paid a preferred dividend of 8% a year, or ~$200M every quarter.

As oil prices fell during the pandemic, Occidental had paid Berkshire in shares as it focused on conserving cash. Between Q1 and Q2 of 2020, Berkshire received 28.9M shares of Occidental. By Q4, Berkshire had no position to report in Occidental, meaning it sold every single share it ever received.

The story in 2022 is very different! Oil prices have shot through the roof, with oil crossing $130 per barrel this week. In tandem, both Exxon and Chevron are up 30% this year, while Occidental’s shares have gained 80%, 45% of which has come up just in the last five trading sessions.

Compare that to the fact that even as of December 31st, 2021, Occidental’s shares were down 60% over the last five years. It’s clear Berkshire is very much in the money on this deal already! As cash continues to accumulate in Berkshire’s coffers, Buffett and other shareholders will continue to enjoy the feast spread out in the buffet!

This refers to the historical pattern that stock prices rise in the first few days of January. Studies suggest that this holds true only for small-capitalization stocks