🚗 4th Largest Automaker In The World?

Stellantis is the new entity that will result from the merger of Fiat Chrysler and Peugeot S.A 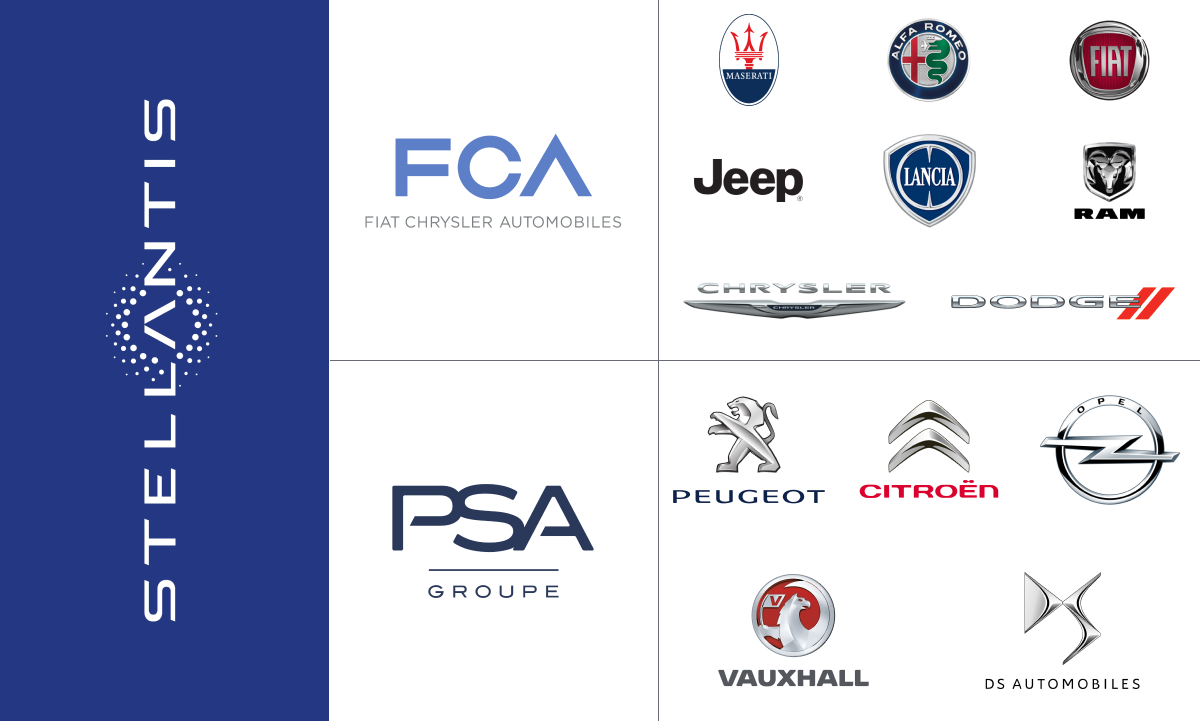 4th Largest Automaker In The World?

If you’ve never heard of Stellantis before, you’d be excused. It’s the new entity that will result from the merger of Italian-American Fiat Chrysler Automobiles NV and Peugeot S.A., the French multinational carmaker. The shareholders are voting on it today to formalize the structure.

Background: Chrysler was one of the Big Three automotive companies in the US. Daimler Benz came in as a suitor in 1998. With the deal proving contentious with investors, Cerberus Capital Management took over Chrysler in 2007. Along came the crushing recession in 2008-10 that was almost fatal until the US government stepped in to help. Finally, Fiat in 2014 completed the acquisition of Chrysler, thus forming Fiat Chrysler Automobiles (FCA).

In order to continue to build scale in its operations, just about two years back, FCA had approached Renault for a merger but was thwarted by the French government. Unfazed, FCA continued its search and honed in on PSA. In December 2019, the FCA and PSA signed a merger of equals agreement.

What is Happening? $50B. That’s the 50-50 all-share deal signed by PSA and FCA with the intent to create the world’s fourth-largest carmaker by volume. The name of the combined entity will be Stellantis which is registered in the Netherlands. After more than a year of evaluation, on December 21st, 2020, the European Commission gave its approval of the merger. The deal now comes to the shareholders for a vote today.

The combined entity will have well-known brands Abarth, Alfa Romeo, Chrysler, Maserati, Jeep, Opel, Peugeot, Dodge, Ram, and so on under one roof. Stellantis will be the corporate brand and all the component brand names and logos will remain unchanged.

The combined entity will lead to cost savings of $4.2B and PSA’s CEO Carlos Tavares will be looking to achieve those synergies. Given that Tavares had earlier revived PSA and the Opel brand, investors are optimistic he can steer Stellantis as the automotive industry pivots to electric drivetrains and autonomous driving. The deal is expected to be completed in the first quarter of 2021.

Movie trailers were originally shown after the movie, which is why they were called “trailers”