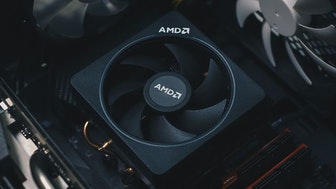 Background: When Lisa Su became the CEO of AMD six years back, the company was teetering on the edge of bankruptcy. AMD’s stock was near an all-time low. She had to make bold bets – some of which wouldn’t begin to pay off for five years – to turn AMD around. More importantly, perhaps, she had to take a call on what the company should not pursue.

AMD went big on building technology for high-performance computing applications. That set the company up to power crucial technology including cloud computing, data centers, AI, and gaming. Lisa was careful to avoid the “Internet of Things” which fell outside AMD’s core competency. These phrases might be commonplace in 2020, but back in 2014, most people had no idea what some of these terms meant.

Up until then, AMD was always under the shadow of larger competitor Intel. Not anymore. As Intel was having issues with its manufacturing processes, AMD raced ahead. The bets paid off, and AMD shares are up almost 38X since Lisa took office, earning her the moniker, “One of the most powerful women in tech.”

What Happened?: The high-flying stock is allowing AMD to build a well-rounded competitor to Intel. Yesterday, AMD announced a $35B all-stock deal to buy Xilinx, manufacturer of Field Programmable Gate Arrays. FPGAs can be reprogrammed after manufacturing and are applicable in 5G, edge computing, automotive, industrial, aerospace, and defense. This deal compares to a similar announcement last month by Nvidia regarding its purchase of chip IP vendor ARM for $40B.

Lisa Su will serve as CEO of the combined company, and Xilinx President and CEO will look after Xilinx business and strategic growth initiatives. To top the news, AMD delivered better-than-expected Q3 earnings with a 31% growth in its computing and graphics business. The chip-maker reported a net income of $390M with a profit of $120M and $2.8B in quarterly revenue, a 56% Y-o-Y increase.

The deal is expected to close by late 2021 after regulatory approvals including from the Chinese government. Given Lisa Su is a Taiwan-born American, and given the US-China geopolitical unease, one can only hope the deal doesn’t run into political rough weather.