Want To Go On A Space Odyssey?

Even after reporting increased losses in Q3, Virgin Galactic says it is on track to rendering space tourism 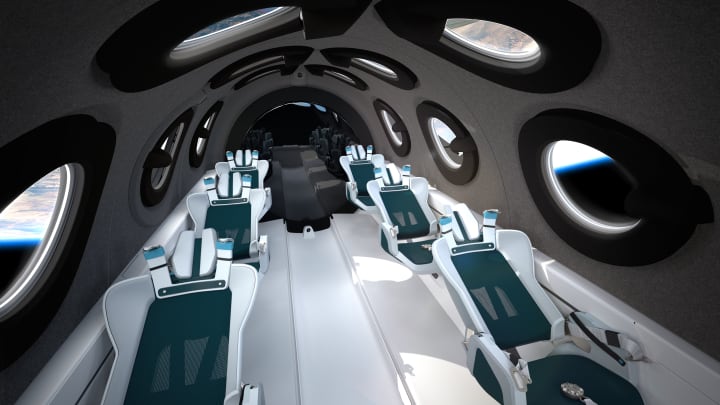 Want To Go On A Space Odyssey?

Even after reporting increased losses in Q3, Virgin Galactic says it is on track to rendering space tourism a mundane idea as early as next year.

Background: Revenue – Zilch. Expense – Tens of millions of dollars. Expectation – After multi-year delays, suborbital spaceflights to space tourists are expected to take-off with founder Richard Branson kicking it off in 2021.

Branson, the founder of the Virgin Group, added the Astro-tourism venture to his portfolio back in 2004. Along with its sister concern, The Spaceship Company, Virgin Galactic aims to develop and operate a new generation of space vehicles that will take people who can afford the price of a ticket to space and back.

Even while the company was very much in its infancy, 600 wannabe space tourists signed up forking out $250K per person per flight. With demand very high, the company expects to increase prices substantially for its commercial flights.

What Happened?: For Q3, Virgin Galactic reported an increased loss as the company aims to conduct two more test spaceflights to complete its development program.

The company reported an adjusted EBITDA loss of $66M and no revenue in the Q3. The losses are up from $54M in the previous quarter. Even after increased losses, Virgin still has about $742M in cash reserves. The company’s schedule and cost-efficiency took a hit due to the pandemic-induced business and operational delays.

The next test flight is scheduled during a four-day window starting November 19th. This will mark the first launch from Virgin Galactic’s Spaceport America site in New Mexico. The company will generate some revenue from the flight as it will carry micro-gravity research payloads for NASA.