​​☕ Will Schultz Be Starbuck’s Charm? 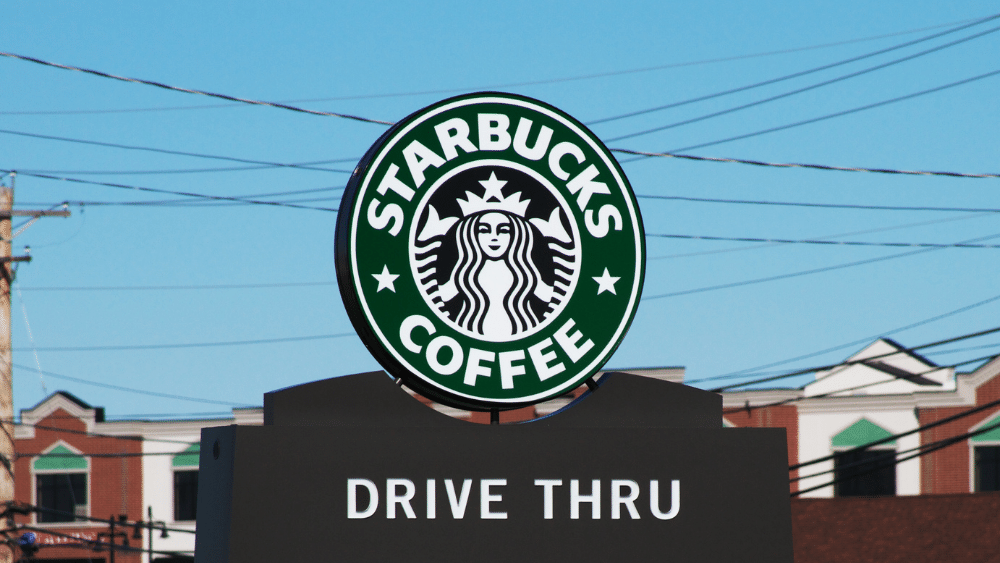 ☕ Starbucks: Charging Up With Schultz?

Coffee giant Starbucks Inc. (SBUX) will partner with Volvo Cars to pilot a program for EV chargers at its stores nationwide. Also, Howard Schultz is marking a return to the company for the third time. Is this the impetus that the company’s languishing share price needs? (Tweet This)

China is the second-largest market for Starbucks. The country contributed to 11% of the company’s overall top line in Q1 2022. It also has over 5.5K stores across the country. However, a couple of recent incidents invited bad press for Starbucks in China, leaving investors displeased.

Last month, staff in a Starbucks store in Chongqing asked a group of police officers, who were eating outside the outlet, to move away. The story went viral on the Chinese social media platform Weibo. The ruling Communist Party’s mouthpiece “People’s Daily” promptly termed Starbucks as “arrogant.” Starbucks termed the incident to be a “misunderstanding.”

Two days after the police incident, the company raised the prices of certain food and beverages in China by 1-2 Yuan – its first price hike in three years. The price hike created a furor online, with consumers on Weibo urging others to boycott the brand.

These two incidents came on the heels of a sting operation by Beijing News which showed a Starbucks employee replacing an expiration date sticker on a bottle of chocolate sauce. The inspection that followed concluded that 15 out of the 82 stores were violating the set standards. Starbucks apologized and conducted staff training across all its outlets in China.

The incidents may or may not have had an impact on Starbucks’ financials, but the Chinese market was indeed facing a slowdown. For Q1 2022, revenue was down 2% Y-o-Y. Comparable store sales were down 14%, while the average ticket size was down 9%.

After Russia’s invasion of Ukraine, Starbucks announced the suspension of all business activity in these countries. It may not mean much since its 130 outlets across the two countries contribute less than 1% of its global revenue. While Starbucks will stop shipping products to Russia, it will provide support to their 2K employees who live there.

International business might be going through a rough patch, but that didn’t stop Starbucks from trying new things in the US.

Last Tuesday, the company announced its partnership with Volvo Cars on a pilot program that will allow EVs to charge at Starbucks outlets. The pilot involves installing 15 DC fast-charging stations with four plugs each along a 1,350-mile route from Seattle to Denver. These Volvo branded chargers will be installed every 100 miles, the average EV battery range.

A DC fast charger can be pretty expensive. For instance, one with 150kW output can cost upwards of $100K. Volvo’s investment in the project remains undisclosed. Owners of a Volvo EV will be able to use the chargers free-of-cost while non-Volvo owners will have to pay a fee. Volvo’s majority owner is China’s Geely Holding with plans to transition Volvo to an all-electric portfolio by 2030.

The Biden administration has earmarked $5B to kickstart the country’s EV charging network. Legacy automakers are gunning for Tesla as they don’t want to be seen as also-rans. Last week, Ford laid out plans to roll out three new passenger EVs and four new commercial EVs in Europe by 2024. The company expects to sell over 600K EVs annually in Europe by 2026.

Back to Starbucks, the company is looking to eliminate single-use cups in favor of reusable mugs. Disposable cups and lids account for 40% of Starbucks’ total packaging waste with the company running through 7B cups annually. The company hopes that by 2025, all customers will have transitioned to reusable cups provided by the store or that people bring from their homes.

A similar plan was mooted in 2008 to push for a quarter of Starbucks’ customers to use reusable cups by 2015, but nothing came off of that. Starbucks is also experimenting with cup-washing stations at its outlets in Hawaii and Arizona State University’s campus. It is also testing a borrow-a-cup where customers paid a $1 deposit for every cup and received their money back on returning the cup.

Be that as it may, CEO Kevin Johnson is retiring after being at the helm for five years. The board, instead of looking to fill the position, has approached patriarch Howard Schultz to lead the company as interim CEO, while the board looks for a permanent replacement. This will be Schultz’s third stint as CEO. He was CEO from 1986 to 2000, and then from 2008 to 2017.

The announcement was met with optimism as shares rose nearly 5% last Thursday. Shares are down ~30% this year due to the company’s overseas issues. Will Schultz be the veritable charm the third time around? Let’s ponder over a cup of coffee while listening to Garbage’s Cup of Coffee!

Every Apple iPhone ad displays the time as 9:41 AM, the time steve jobs unveiled it in 2007.