𓇲 Will The TSMC Juggernaut Keep Rolling On? 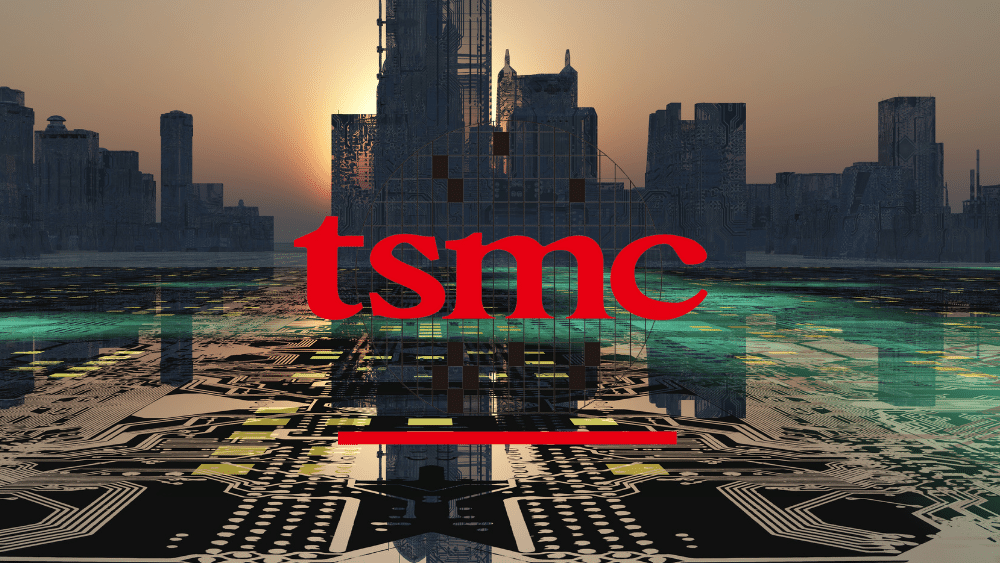 Taiwan Semiconductor Manufacturing Company (TSM) expects current-quarter revenue to be the highest in 10 quarters. The world’s largest foundry reported record profit in Q2. It also remains confident of long-term demand despite a slowdown in key segments and record-high inventories. Will it manage to keep the juggernaut rolling on?

The semiconductor boom is starting to show its first signs of weakness. PCs and Smartphones, two areas that led the demand during the pandemic, are facing a demand slowdown. As a result, shipments of PCs are likely to drop 8.2% this year.

Dynamic Random Access Memory (DRAM) enables devices to multitask and is helpful in everything from automobiles to smartphones and refrigerators. It constitutes 28% of the $600B semiconductor industry. 3/5th of the global memory chip sales is that of DRAM. The average contract price for DRAM has declined 10.6% in the April-June quarter and may fall another 21% this quarter.

Companies like Intel, NVIDIA, and Micron have warned that the upcoming quarters will be tough after two years of strong demand across product lines. Instead, they are now looking to align their spending towards areas where demand remains healthy. However, demand remains robust for sectors like high-performance computing and automobiles.

Analysts are also turning pessimistic about the sales prospects of chip companies. For example, Intel’s consensus revenue estimates have fallen below $18B from $18.4B earlier, while those of NVIDIA have also dropped 4% since the last quarter.

TSMC is not only the world’s largest foundry but also Apple’s most crucial chip supplier. It is the most advanced maker of silicon chips globally. The company has been a beneficiary of Apple launching five types of Mac chips over the last 18 months. The benefits reflect in its financial performance as well.

On expected lines, TSMC experienced weakness in consumer-facing markets like electronics, but the data center and automotive business remained “steady.” Automotive is still not a large part of the overall business but continues to grow due to healthy demand.

In USD terms, TSMC registered 37% revenue growth year-on-year. Net profit growth of 76% was also the highest in two years. Gross margins at 59.1% are at levels not seen in 25 years.

However, TSMC’s second-largest business, that of smartphones, underperformed, with revenue growing only 3%. The smartphone business contributes ~40% to TSMC’s revenue, while HPC contributes 43%.

TSMC’s earnings resilience comes despite troubles in two major markets – the US & China. The two combined contribute 77% to the overall topline.

Brushing aside concerns in its two biggest markets and the underperformance of its second-largest business, TSMC expects 30-35% revenue growth this year, much higher than earlier projections of 26-29%. It expects to earn $19.8B to $20.6B in revenue in the current quarter, implying at least 33% growth at the midpoint.

CEO CC Wei expects escalating costs to hurt margins in the near term. He also expects the slowdown in orders to last well into 2023. Lockdowns in China are hurting deliveries of sophisticated tools that chipmakers need. As a result, some of TSMC’s planned capex of $40B to $44B will spill over into next year.

Despite the issues, Wei remains confident of long-term demand. He also assured investors on the earnings call that any potential downcycle would not be as bad as the one in 2008. The management did not confirm reports on price hikes, adding that their pricing is strategic and not opportunistic.

Competition to TSMC comes from Samsung, who pipped the former by announcing the initial production of its most advanced 3-nanometer chips last month. TSMC will begin mass production of a similar product later this year. But customers are moving away from Samsung towards TSMC due to production issues.

TSMC has received an exclusive order from Qualcomm to manufacture its next-gen Snapdragon 8 Gen 2 and Smartdragon 8+ Gen 2 chip. Samsung manufactured the earlier version, but yield issues prompted the shift to TSMC. Gen 1 yield from Samsung was only 35%, meaning that out of 100 chips produced, only 35 were useful while the rest were defective.

Shares of TSMC are down ~35% this year, in-line with most of its peers. But the company expects to continue growing at a healthy pace. The management would also want some of that confidence to rub off on investors. On their part, investors would be happy to chomp on some gains in their portfolio, one chip at a time!

Nothing As Such: Starbucks says it is not in the formal sale process for its UK business (SBUX +1.82%)