☁️ Will The Salesforce Cloud Find A Silver Lining? 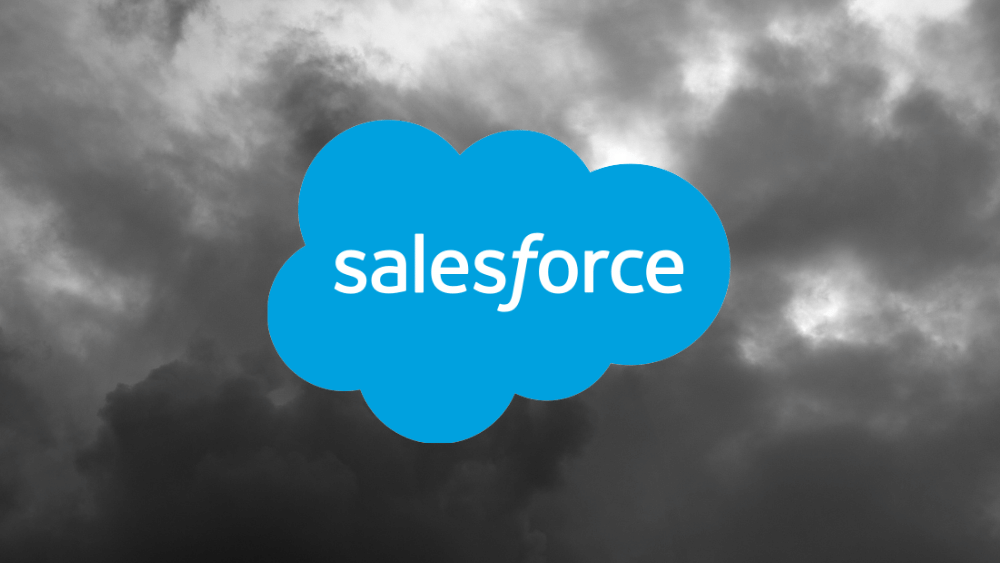 Enterprise software maker Salesforce Inc. (CRM) disappointed the street after cutting guidance for fiscal 2023. The news put its Q2 earnings beat and its first-ever share buyback announcement on the back burner. Does the company have enough SaaS to emerge from the stormy clouds?

Back in the 1990s, companies like Oracle & SAP encouraged companies to add more features to their products, making them bulky and complex. Despite that, companies used them as they needed a centralized system to track sales and customer data.

While conceptualizing Salesforce, Marc Benioff had a simple idea that a company should deliver software 24X7 to people over the cloud. Salesforce wanted to change the bulky product phase by making something simpler, easier to use, quick to set up, and, most importantly, would always run fast.

Salesforce became the first company to deliver software to people over the cloud. Tech companies are now belatedly taking cues from Salesforce and building their cloud products.

The company announced its first Dreamworks conference in 2003, which is now an annual tradition where it announces new products and ideas. After growing at a 100% CAGR between 2001-2003, Salesforce went public in 2004 at a valuation of $1.1B.

While the company grew into an enterprise solution, other companies emerged to capture the SMB market. To counter this, Salesforce acquired the relationship intelligence platform RelatelQ in 2014 and rebranded it as SalesforceIQ.

Today, Salesforce sells software solutions under a subscription model. Its software helps businesses organize and handle sales operations and customer relationships. Over the years, the company has expanded into marketing, customer services & e-commerce.

SaaS companies received a boost during the pandemic as companies adapted to the work-from-home situation and also strengthened their cyber security. However, the valuations of these companies have plunged owing to rising interest rates and fears that clients would cut their spending budget amidst fears of an economic recession.

Salesforce beat estimates in Q2 FY23, but its current quarter guidance was below street expectations. It also cut its revenue and EPS guidance for the rest of the year.

Revenue increased 22% from last year, but net profit declined to $68M from $535M year-on-year. The company registered a significant gain on investments in the base quarter. It reiterated its expectation of fetching $1.5B in revenue from Slack this year. Salesforce will increase Slack’s price for the first time since its launch in 2014.

Analysts had warned earlier that inflation and slowing growth in the US could hurt spending from small and medium-sized businesses using Salesforce products to manage customer relationships.

The slowdown did come from small and medium-sized businesses, particularly in North America and Europe. The affected sectors included Retail, Consumer Goods, Communications & Media, while resilience came from financial services, tech, and energy.

Benioff also spoke of a “more measured buying environment” in the second half of the July quarter, adding that there are longer sales cycles, additional approval layers in purchase decisions, and deal compressions. He expects these trends to continue in the near term, which shows in the company’s guidance.

The company’s current quarter guidance implies a 14% growth from last year, the slowest on record. A bigger miss came from billings, a measure of business transacted during the period that increased 11%, lower than expectations of 16%. This is the worst miss for Salesforce on this metric in the last five years. The revenue guidance would have been $250M higher had it not been for forex headwinds. Salesforce pegs full-year currency at $800M, which is $200M higher than the previous guidance.

This also marks a significant change from the company’s stance three months earlier in May, when it brushed off any material impact from uncertain macros on its balance sheet.

Salesforce announced its first-ever share buyback worth $10B. Analysts wonder whether the quantum of the buyback will reduce Salesforce’s ability to make new acquisitions, which the management refutes but says they’d be more selective. A reduction in travel and hiring keeps costs under check.

Analysts also believe that the buyback announcement may signal to investors that the company is conscious of the share price, which has been down 40% over the last 12 months.

If there was ever a time that Salesforce, a leader in Customer Relationship Management, needed to manage customer relationships, it is today. Clients are wary of opening their wallets, and competition is also vying for a piece of the pie. Every dark cloud has a silver lining, but it will boil down to Salesforce’s execution capabilities as to whether it manages to find that silver lining, and if it does, how soon!

Banking produces the most activity within the cloud