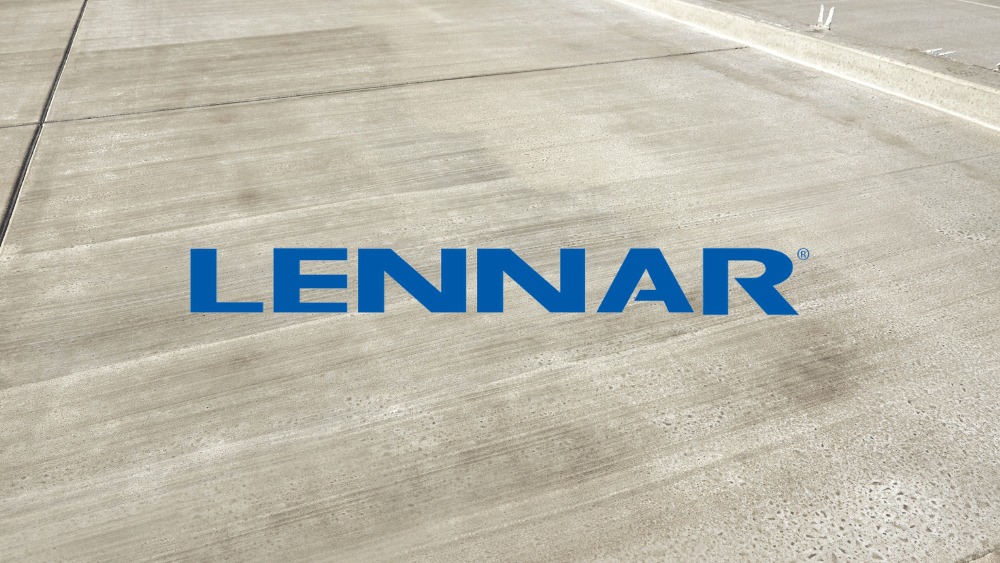 Lennar Corporation (LEN), US’ largest home building company, is witnessing a decline in new orders. But the management is optimistic that a nationwide shortage of homes will cause a rebalance of price and interest rates. Will buyers knock on their door as spending gets increasingly challenging, even for necessities?

Three players dominate the US homebuilding market – Lennar, D.R. Horton, and NVR, who control 60% of the market together. D.R. Horton remained the largest homebuilder in the country for years before being surpassed by Lennar.

In 2017, Lennar acquired smaller rival CalAtlantic for $9.3B, including $3.6B in debt, thereby pipping DRH to the post. Lennar anticipated cost savings worth $75M in 2018 and $250M in 2019 post the deal. The 2017-2019 period witnessed a slew of M&A activity within the real estate space. Lennar acquired Florida-based homebuilder WCI Communities, while D.R. Horton acquired a 75% stake in Forestar Group.

Last year, Lennar decided to spin off all or parts of its non-core businesses to become a pure-play homebuilder and financial services company. It also announced creating a JV for single-family homes for rent. The spun-off enterprise would have an asset base between $3B-$5B with no debt.

The company also decided to spin off its multifamily apartment business developer and asset manager called Quarterra, formerly known as LMC. Launched in 2011, Quarterra Multifamily is among the most active developers, builders, and asset managers. In its most recent earnings call, Lennar’s management said that Quarterra would be listed “very soon,” subject to approvals from the SEC.

But Will They Sell?

Existing home sales in the US fell 0.4% in August, down for the seventh straight month amid surging mortgage rates and high house prices. Confidence among single-family homebuilders eroded for the ninth consecutive month, while permits for homebuilding fell to the lowest since June 2020.

According to experts, the US Federal Reserve’s aggressive interest rate hikes have weakened the housing market. However, they attributed the smaller-than-expected drop in sales to contracts signed in July when mortgage rates declined and slowed further in August.

Housing Finance major Fannie Mae lowered its total home sales forecast for 2022 to 5.71M units from 5.78M earlier and for 2023 to 4.98M units from 5.18M units earlier. The 30-year fixed mortgage rate averaged 6.02% earlier this month, crossing that mark for the first time since November 2008.

Lennar’s Q3 revenue increased 29% year-on-year, even as interest rates rose. But the effect of the slowdown is seen through a decline in new orders.

Backlog for the quarter remained flat at 25,734 homes, while the backlog dollar value increased 8% to $12.9B. The management said that although supply-chain constraints are improving, they continue to limit deliveries.

For the current quarter, Lennar expects new orders to range between 14K to 15.5K and expects to deliver 20K-21K homes. The company expects a loss of $15M in its homebuilding JV, while its other investments may fetch them a loss of $20M. Here are some other numbers from Lennar’s Q4 guidance:

Executive Chairman Stuart Miller believes demand continues to remain strong despite rising interest rates due to a housing shortage, particularly workforce housing. As a result, he expects an eventual rebalance between price and interest rates as they keep increasing.

However, analysts believe the housing recession shows no signs of abating, and builders are resorting to buy-downs, free amenities, and price reductions to boost sales. They also expect macros and not business fundamentals to drive the performance of homebuilders this year.

Lennar may try every trick in the book, but the key to any form of stability lies in the hands of home buyers and the current interest rate environment. The stock is down 35% this year and is plunging towards its 52-week low. Investors would wait to see the actual impact of the slowdown on Lennar’s current quarter performance and whether they can meet their guidance on deliveries and new orders.

90% of the world’s millionaires became rich thanks to real estate.