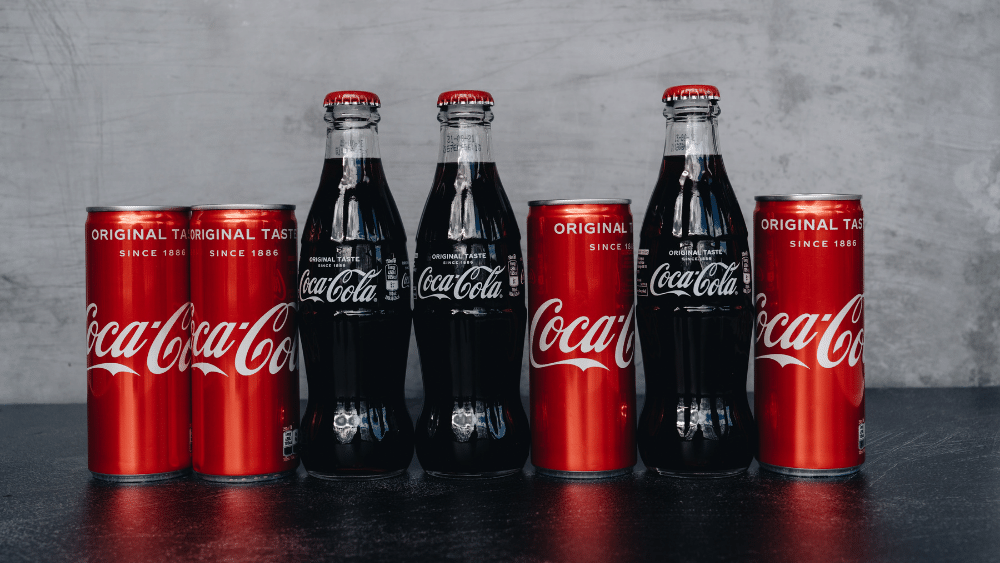 Beverage giant The Coca-Cola Company (KO) managed to beat analyst estimates in the quarter gone by. The company is maintaining the organic growth guidance that it had previously projected. Even so, the management expects some storm clouds on the horizon.

Coca-Cola has a very loyal customer base. So much so that when the company tried changing the formula of its most revered drink in 1985, it received a stinging backlash. Disgruntled customers ensured that the tried-and-tested formula was not tinkered with. The company had carved out a special place in the hearts and minds of the consumers.

And so, it stands that when the company slashed its beverage portfolio by half in 2020, the decision couldn’t have been an easy one. Tab, Odwalla, and Zico Coconut Water were consigned to the sands of time.

Loyal customers held funerals for their beloved brands and sent hate mail to CEO James Quincey. But his view was simple – brands cannot live only on the legacy. Underperforming brands had to make way for the ones that deserved to be showcased in the aisles of supermarkets and brought in the moolah!.

The company then launched a new brand platform called “Real Magic” to reach new customers by focusing on gaming and music. With interest in conventional soft drinks declining for years and the rise of new competition, Coca-Cola is eyeing newer campaigns and mysterious products to grab the consumer’s attention.

It is now upgrading its product offerings with four new drinks this year. The latest one – “Coca-Cola Starlight,” is touted as “out of this world” by consumers who tried it. It’s a new limited-edition version of the classic soda and is sold in both regular and zero sugar varieties.

The other new drink, “Simply Spiked Lemonade,” which will be launched this summer, is a spiked lemonade concoction made with real fruit juice and available in four flavours. Other new launches include Coca-Cola with Coffee Mocha and Topo Chico Ranch Water Hard Seltzer.

Coca-Cola’s recovery from the pandemic only began in Q4 2021, when the sales in restaurants and other eat-in venues crossed pre-pandemic levels. The company is grappling with inflationary pressures as costs for trucking, agri-commodities, and packaging remain high. During the December quarter, the company hiked the prices of its products by 10%.

Cloudy With A Chance Of Fizziness

In Q1 2022, Coca-Cola surpassed estimates thanks to price hikes and strong demand.

Coca-Cola’s organic revenue, which excludes the impact of acquisitions and divestments, rose 18% Y-o-Y. At this pace, Coca-Cola comfortably outstripped rival PepsiCo’s organic revenue growth, which stood at 13.7% during the quarter.

Despite the cost of goods sold rising 17% in Q1 to over $4B, the company reported a 25% growth in its operating income to $3.41B. Business growth was all-around. Coca-Cola’s Nutrition, juice, dairy, and plant-based beverage segment, along with hydration, sports, coffee, and tea businesses, saw double-digit growth during the quarter.

The company continued to maintain expected organic revenue growth between 7%-8% for 2022 (PepsiCo had raised it to 8% from 6%). It also maintained its EPS growth forecast for the year at 8%-10%. This, despite the company expecting Russia to impact EPS by 4 cents. Net revenue is expected to be impacted by 1-2%, as will be the case for operating income.

The company flagged inflation as a major storm cloud on the horizon as it would directly impact consumer demand. Rather than indiscriminately increasing prices, the company hopes to invest in its brands, so consumers don’t mind paying higher prices.

Separately, the company is also trying to mitigate costs. For example, it resumed bottling its drinks in smaller packaging. It is also expanding the distribution of cheaper, returnable, or refillable glass bottles in Emerging Markets, Latin America, and Africa. This model is also being tried in the US Southwest.

The best performance in multiple quarters has seen some fizz return to Coca-Cola’s stable. Shares are up 11% so far this year, outperforming PepsiCo’s, which are flat. However, inflation remains the joker in the pack that will dictate whether the fizz sustains or fizzles out!