🚜 Will Deere’s Automation Bet Pay Off? 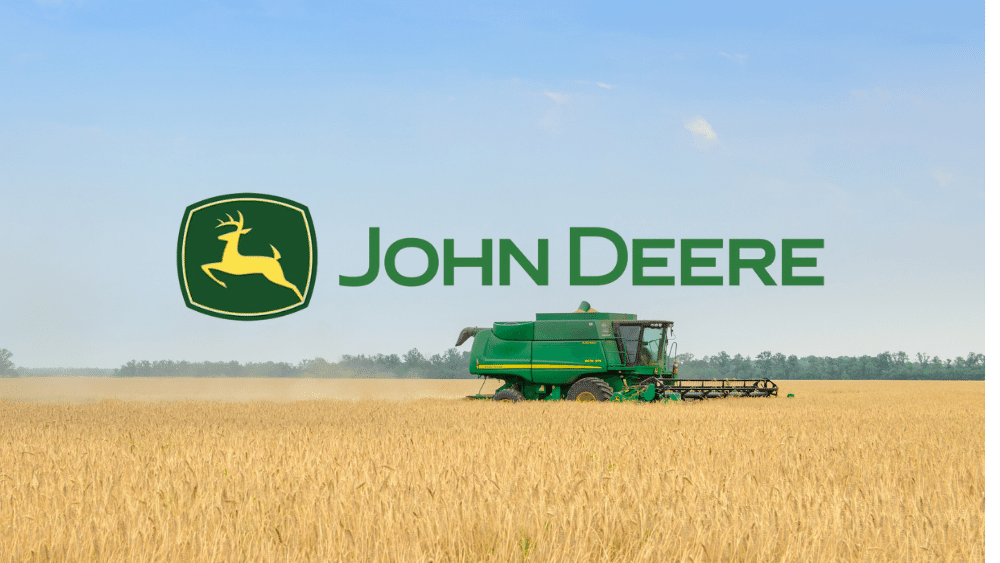 Deere & Co. (DE), the world’s largest agri-equipment manufacturer, is taking a leaf out of the big-tech’s book. It expects automation to be its next growth engine. With farmers dwindling and the population rising, will automation prevent Deere from turning into a sloth?

The global population is projected to rise to $9.7B by 2050. Agricultural production will need to increase by at least 70% from current levels to feed all of them. While the number of mouths to be fed is on the rise, the ones who feed them are on a downward trend.

Data from the International Labor Organization shows the number of people working in agriculture dropping to 26% in 2020 from 44% in 1991. Part of it is due to technology, but the larger picture is – people, given an option, do not want to work on a farm anymore.

Agriculture is grappling with challenges of its own. Weather patterns have turned erratic; labor shortages are the norm; costs of key input materials like herbicides, pesticides, and seeds have shot through the roof. Even so, tractors continue to sell unabated in the US.

Deere & Co. saw revenues of $44B for the full year 2021, while net profit was at a record $6B. So what is aiding this robust demand for tractors? The rally in crop prices. The World Bank’s Food Commodity Price Index hit a record high in nominal terms during March-April 2022.

The index is up 15% over the last two months and 80% over two years. Food prices are expected to rise 20% this year before easing in 2023. Prices of corn rose to their highest level in nine years.

The need for innovation in agriculture has given rise to “smart farming,” a technology that makes farms more efficient and automates the crop or livestock production cycle. Companies are working on innovations like drones, autonomous tractors, robotic harvesters, and many other technologies.

The demand for Agri machinery was a key factor in Deere’s shares nearly tripling during the pandemic. However, the company has found it challenging to keep up with demand. The parts shortage has resulted in machines not being delivered to the end consumer. Production was also hampered by a strike, a first at Deere in 35 years. Workers only returned after hefty pay hikes.

The most recent quarter saw Deere raise its profit outlook for the year, but the hit to margins and sales barely managing to meet expectations hurt investor sentiment. Shares dropped the most in a single day since 2008, wiping out $15B in market capitalization.

Deere is pushing the automation agenda in its products and is drawing inspiration from the likes of Apple to realize its ambition. The rationale for autonomous tractors is to allow farmers to increase productivity without drilling holes in their pockets by spending on input materials. It intends to turn around farm productivity through the data gathered via these machines.

Deere intends to maintain a “point-of-sale” model for its equipment but wants to integrate a Software-as-a-Service (SaaS) model for its autonomous offerings. Margins are a critical driving force behind these moves. By selling data at a premium and by selling or leasing its autonomous vehicles, Deere wants to get its margins back on track, which has suffered due to inflationary pressures.

During CES 2022 in January, Deere unveiled a fully-automatic tractor, ready for large-scale production. The machine will have six pairs of stereo cameras, which will enable 360-degree obstacle detection and the calculation of distance. The tractor, priced at $500K, will go on sale later this year.

Deere’s automation plans go back to 2017 when it acquired Blue River Technology for $305M. In August 2021, it purchased Bear Flat Robotics, which developed autonomous driving technology for tractors, for $250M. In April this year, Deere also formed a joint venture with GUSS Automation, a semi-autonomous orchard and vineyard sprayers, pioneer.

Two weeks earlier, it acquired numerous patents and other intellectual property from Light, a company that specializes in in-depth sensing and camera-based perception for autonomous vehicles. Light’s platform, Clarity, will be integrated into Deere’s autonomous tractors.

When it comes to data mining, opinions fly wild. While some experts fret about Deere’s ability to shut out competition by monopolizing data, others worry about how much premium Deere may charge the farmers for sharing insights from the data. Yet others are concerned about farmers becoming over-reliant on Deere to make critical decisions.

This year, shares of Deere are up 2%, underperforming rivals like AGCO, whose shares are up 11% YTD. The stock has also corrected 20% from its peak. Despite the underperformance, DE continues to command a premium among other agri-equipment makers, trading at a price-to-earnings multiple of 19x on a trailing 12-month basis. AGCO trades at a P/E multiple of 11x while CNH trades at 12x.

With automation all the rage at Deere, it is now up to the investors and farmers to determine whether the largest agricultural equipment manufacturer is a Deer, a Gazelle, or a Sloth? The tractor is in their court.