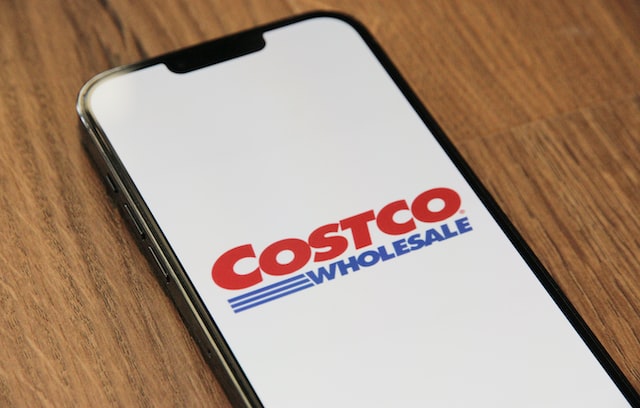 The world’s third-largest retailer Costco Wholesale (COST), earnings met estimates even as inflation takes a bite out of what people spend on. Contrary to rivals, it refused to hike its membership fee. Though down for the year, the stock has outperformed the broader market, with valuations on the expensive side. Does it deserve premium valuation as a shield for inflation?

Costco operates nearly 800 locations across North America, Asia & Europe. It makes its money by selling bulk goods at discounts along with its e-commerce operations. It sells branded and private label products, but only with limited Store Keeping Units (SKUs). However, this is only for those who pay for their membership.

The company’s warehouses offer prices lower than the competition, thereby operating at wafer-thin margins. It also looks to minimize costs by purchasing merchandise directly from manufacturers, limiting hours of operations, and storing goods on large racks, making it a self-service sales floor.

Having a diverse customer base benefits, Costco, as lower-income consumers who spend less due to inflation, gets offset by well-to-do Americans with club memberships.

Continued strong demand for fresh food, candies, and fuel offerings enabled Costco to surpass estimates for the quarter that ended in August marginally.

Inventories at the end of Q4 increased 26% from last year as the company resorted to promotional offers to attract customers, similar to peers like Walmart and Target. The management believes the initial seasonal sales have done well, which will lead to a drop in inventory levels.

Costco ended the quarter with 65.8M paid household members and 118.9M cardholders, increasing 6.5% from last year. It added another million paid executive members from Q3. These 29.1M executive members comprise 44% of the total membership and over two-thirds of worldwide sales for the company.

The retailer is known for increasing membership fees every five years and seven months. Even as results beat estimates, the management shied away from increasing the amount people pay to become a member. Late last month, Walmart’s Sam’s Club increased its membership fees.

Costco has a very loyal customer base. Renewal rates in Q4 reached an all-time high of 92.6% in the US and Canada and 90.4% worldwide. The management says there are no specific plans regarding increasing membership fees while highlighting that the five-year, seven-month period, which is the typical timeline for Costco to raise membership fees, falls in January 2023.

The loyalty of Costco’s customer base is evident from this survey. Nearly half of the members questioned said they would pay more for their membership, an increase from the 38% figure last year. Analysts believe a membership fee hike will increase Costco’s earnings by a low-single-digit percentage in the next two fiscal years.

Limited warehouse offerings have also helped Costco maintain its operating margins at 3.5% compared to 3.6% last year, even as high costs crush its peers.

The customer base feels squeezed due to inflation, but not so much that they will forego all discretionary spending. For example, sales of consumer electronics increased compared to last year, while those at rivals like Target and Best Buy saw an expected fall. Costco’s comparable store sales have grown in all economic environments, even during the recession between 2007-2009. Comparable store sales in Q4 increased 9.6% from last year.

They may not have increased membership fees, but Costco has raised the prices of certain products, including the popular Chicken Bake and the 20-ounce soda. According to CFO Richard Galanti, this helps the company maintain prices on its iconic Hot Dog-and-soda combination at $1.50 for a prolonged period.

Analysts point to margin concerns but add that record membership renewals and strong sales will keep investors confident in the stock. Encouraging holiday demand is also a key positive. Another analyst calls Costco the “best-in-class retailer” but cautioned on the company’s valuation, saying a pullback in share price could present a better opportunity.

The analyst is not wrong. Costco’s price-to-earnings ratio is more than double the S&P 500, even exceeding Netflix. It is 15% higher than its 10-year average. Expensive valuations and not hiking membership fees did not go well with investors.

Costco may be the shield for its members against inflation, but is it the same for its shareholders? While results have much to cheer as we live in a “skip to the good part” era, the question remains – is the good part already in the price? Would shareholders want to pay a premium for a stock under challenging times? Your guess is as good as ours.

About 50% of Americans will go shopping on Black Friday.