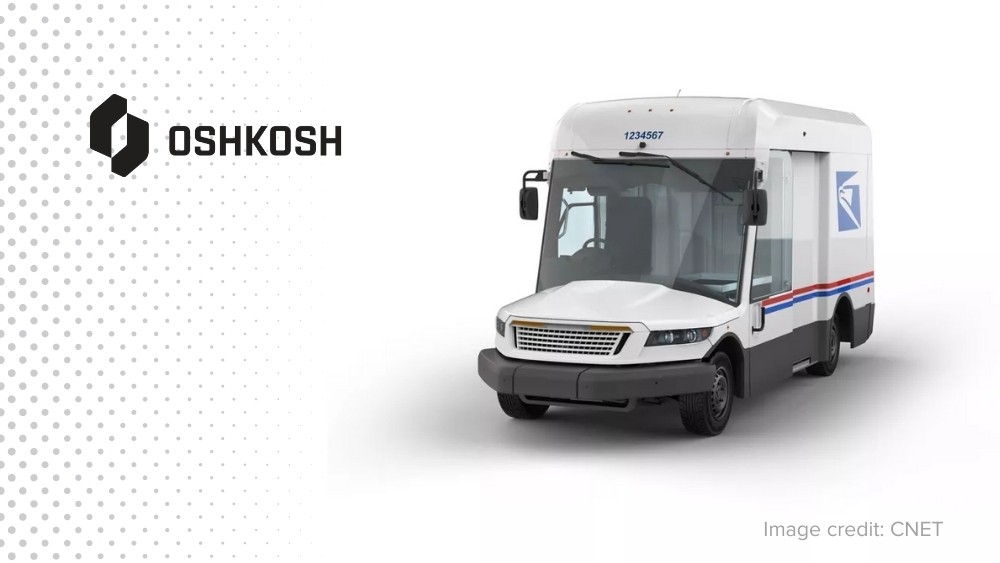 The much-awaited contract from the U.S. Postal Service for modernizing its fleet of postal delivery vehicles has gone to Oshkosh Corporation (OSK). Workhorse (WKHS), which was hoping to win the contract, has been left holding the bag. (Tweet This)

Background: USPS has been looking to replace its aging fleet of delivery vehicles which are almost 3 decades old. These Grumman Long Life Vehicles lacked essentials such as air-conditioning, airbags, and anti-lock brakes; they weren’t equipped to handle too many delivery boxes at a time when online shopping has become the norm. And the substantial annual maintenance cost of $5K per vehicle that USPS could do without. You get the idea.

Founded in 1917 and with annual sales of $7.5B, Oshkosh is reputed to be one of the world’s most ethical companies. It ultimately wasn’t surprising the contract went to Oshkosh because of its long standing track record given the company has been manufacturing EVs since 1990. Workhorse, in comparison, has annual sales of $740K with a backlog of orders it’s struggling to deliver.

What Happened?: Under the contract, USPS wants Oshkosh to deliver up to 165K battery-electric and low-emission internal combustion engine vehicles over the next decade. The postal service will pay Oshkosh $482M for initial engineering and factory buildout. The overall contract is worth north of $6B and production is expected to commence in 2023. Oshkosh had partnered with Ford on the bid.

This is a shot in the arm for Oshkosh coming on the heels of a $25M private investment in Microvast, a global provider of next-generation battery technologies for commercial and specialty electric vehicles. It augurs well for the company, given President Biden’s directive to electrify government fleets in general as part of the administration’s commitment to fighting climate change.

Oshkosh has much to celebrate as do the drivers of USPS, what with these next-generation delivery vehicles sporting advanced vehicle safety technology including 360-degree cameras. Workhorse, on the other hand, will need to cope quickly and get back to delivering to its customers and building credibility if it doesn’t want to be consigned to being yet another exhibit in the rearview mirror.