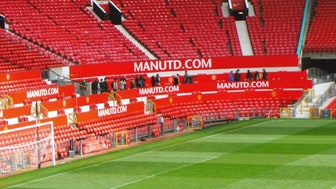 What Happened? The Red Devils reported revenue of £509M, down 18.8% from last year’s £627.1M. This was in part due to the club not qualifying for last season’s Champions League. The club reported a net £23.2M loss for the financial year, compared to the £18.9M profit in 2018-19. United generated just £5.5M in Q4 ending June 2020 compared to £23.8M in the year before, with fixtures either postponed or played behind closed doors.

The club feels the burn of paying out rebates to broadcasters and shutdown of the famous “Megastore” at Old Trafford. The club also didn’t receive £50M worth season-ticket money and £80M sponsorship payments (deferred), all leading to reduced cash flow. However, this did not stop the club from paying out £23.23M in dividends, most of it going to the owner Glazer family. This when the club’s net debt rose 132.9% to £474.1M, and net finance cost jumped from £3.5M to £26M.

United has £50.1M in the bank and a £200M credit facility, but the return of fans in the stadium remains a priority. United’s executive vice-chairman Ed Woodward urged the UK government to allow fans back in the stadium as soon as is it is safe to do so. He bemoaned the inconsistencies in rules and confirmed that the club played an active role in planning “Project Big Picture” – a proposal to restructure English football.

Many Manchester United fans dismiss the message from Old Trafford about the financial impact of Covid-19. The owners remain unpopular among broad sections of fans due to dumping enormous debt onto the club. The fans argue finance charges arising due to the club’s debt are the main issue and not the pandemic. Lack of credible player transfer activity and indifferent on-field form are all blamed on the board. None of it really concerns the top brass as long as United’s commercial pull remains intact.

Market Reaction: United’s stock closed at $14.56 on Wednesday, up 9.31%, due to optimism regarding the medium- and the long-term.