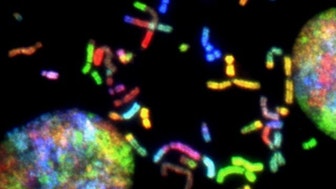 Foghorn Therapeutics raised $120M in the latest biotech IPO this year (14th biotech IPO in October)! More than 70 biotech and biopharma firms have gone public so far in 2020. The company is working on products that alter the DNA expression in cancer cells and hopes to “rewrite” destiny for millions suffering from the disease.

Background: Biotech firms raised a total of $13.2B this year during their debut on Wall Street. The latest is Cambridge, Massachusetts-based Foghorn Therapeutics. Founded in 2016, Foghorn is the brain-child of Dana-Farber researcher Cigall Kadoch. The company is targeting hematologic cancers and solid tumor treatment.

What Happened?: The chromatin regulatory system (CRS) in our body directs our cells’ DNA to make a specific protein at a specific time and in a particular order. A breakdown in the functioning of this system is believed to be responsible for 50% of all cancers around the world. Foghorn’s approach is to alter the faulty DNA in the offending cells before the genes express themselves. Therapies addressing the CRS system could treat over 2.5M patients worldwide.

Foghorn’s has ten therapies under development and in different phases of testing. FDA application for human trials for one of its proposed treatments is expected in the next couple of months. The company has no revenue yet, and reported losses of $29.7M in the first half of the year. In July, the company announced a collaboration with pharma giant Merck for one of its cancer programs.

Foghorn priced its shares at $16 and debuted at $19. The company sold 7.5M shares and raised $120M, valuing the company at more than $645M. Flagship Pioneering, a life sciences investor, has a 35% stake in Foghorn.

Going public at a pre-revenue stage was critical for Foghorn since it opens up access to additional funding the company needs to continue its research. With its successful IPO, the company won’t need to raise funds until the second half of 2022. And that’s more or less the same narrative for biotech firms – either get acquired even pre-revenue on the promise of great technology or go solo with the IPO to raise funds.