🤝 Is TD Bank Pressing Pedal To The Metal? 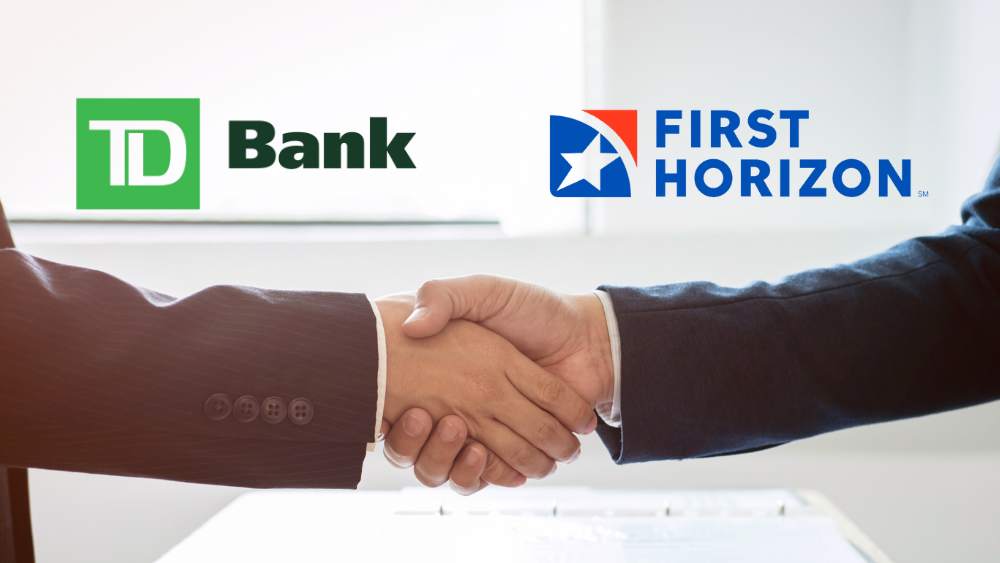 🤝 Toronto-Dominion Bank: From Toronto To Tennessee?

Canada-based Toronto-Dominion Bank or TD Bank (TD) announced the acquisition of First Horizon Bank in a $13.4B deal. While TD aims to expand its US footprint through the deal, its recent brush with controversies makes the journey to the finish line equally challenging. (Tweet This)

What’s In A Name?

200+ transactions worth $80+B made 2021 a watershed year for US lenders when it came to M&A activity. Regional firms found refuge in mergers as a way to find the strength to withstand the onslaught from traditional banks, fintech firms, BNPL operators, and the like.

The Canadian regulator recently lifted a two-year moratorium on capital redistribution. In November 2021, Canadian banks were awash with cash following this decision. Saturation in the domestic market where six major banks control nearly 90% of the financial backbone meant they were on the prowl for opportunities to pounce on the south of the border in the US.

TD entered the US in 2004 after acquiring a majority stake in Banknorth. Just months before the global financial crisis hit, TD Banknorth N.A. spent $8.5B buying Commerce Bank. Talk about bad timing! It was later renamed TD Bank N.A.

In 2010 TD Bank acquired the South Financial Group and its 172 branches for $191M. This deal cemented TD Bank’s position as a top 10 bank in the US with over 25K employees, 9.6M customers, and around 1.1K branches across the Northeast, Mid-Atlantic, Metro D.C., North & South Carolina & Florida.

TD Bank has now set its sights on First Horizon Bank, formerly First Tennessee Bank, that’s operating across 180 locations in Tennessee. The bank was founded as First National Bank during the Civil War in 1864.

It became First Tennessee Bank in 1972 and changed its name to First Horizon Bank in 2004 to reflect its interstate growth. As of December 31st, 2021, First Horizon had assets worth $89B, 412 branches, 1.1M customers across 12 states in the US.

TD and Bank of Montreal were engaged in a bidding war to acquire the US unit of BNP Paribas, BancWest, last year. Bank of Montreal took home the spoils after beating TD Bank with a $16.3B deal – its largest-ever purchase. Along the way, it also lost out on buying the US business of BBVA in November 2020 and Mitsubishi UFJ in September 2021.

Thrice bitten, fourth-time shy! As soon as the TD management got wind of the First Horizon, it jumped in to finalize its largest acquisition, with no intent to lose out to a rival bank again. TD is acquiring First Horizon in an all-cash transaction that values the target at $25 per share, a 37% premium to its closing price on Friday. That’s $13.4B.

With 11M customers across 22 states in the US, the resultant bank will have assets worth $614B and a network of 1.5K branches. The deal is expected to close in Q1, FY2023. TD will become the sixth-largest bank in the US due to this deal. President & CEO of the US unit of TD Bank, Leo Salom, will be leading the combined entity.

The deal, on completion, will be accretive immediately to TD. The management has no plans of closing any of First Horizon’s branches, given TD’s rationale for this deal is the growing population in the states where First Horizon has its branches.

As of October 2021, TD’s excess capital stood at C$21.6B. The lender’s core capital level will remain above the minimum regulatory requirement even after the deal.

TD was in the news recently for freezing two personal bank accounts into which $1.1M were deposited to support protestors fighting against the Canadian Government’s vaccine mandates for truck drivers. With the Biden administration going deliberately slow as it debates the rules on bank mergers and increasing antitrust investigations, this is not a done deal until it’s done.

Perhaps in reflection of this reality, shares of First Horizon jumped when the acquisition was announced, while the shares of TD declined. As the bank tries to enter the Big Six in the US, the management can only hope TD’s $13.4B check does not receive a stop-payment from the regulators!