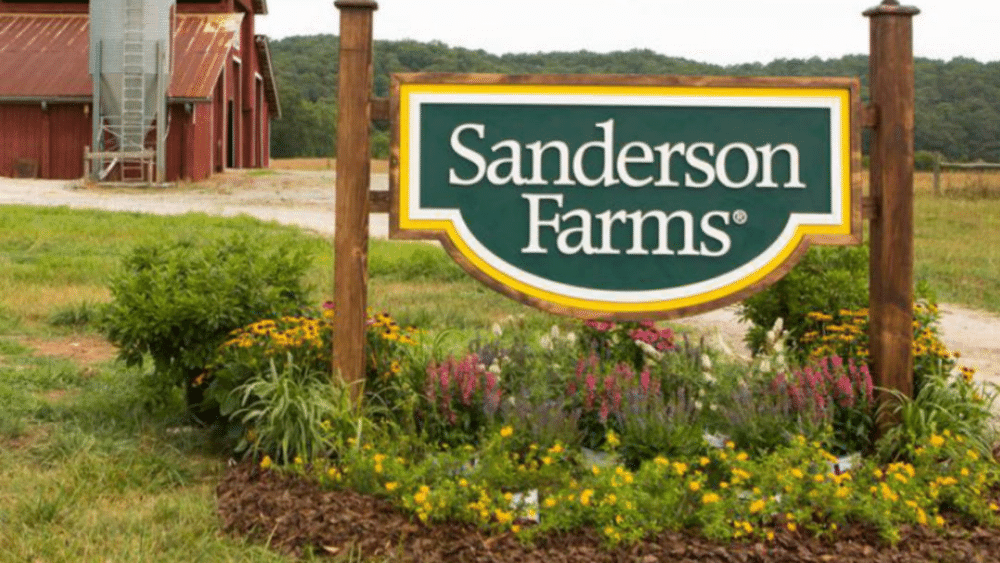 🐔​​ Sanderson Farms: The Price Of Chicken?

Poultry Producer Sanderson Farms Inc. (SAFM) is in advanced talks with the US’ largest private company, Cargill Inc., and Continental Grain Co., to sell itself for $4.5B. With demand for protein in the diet (chicken) higher than ever, this is a welcome addition to Cargill’s sprawling empire. (Tweet This)

From Unsolicited Overture To Soliciting Sale

Sanderson Farms was launched in 1947 when D.R. Sanderson opened a family supply store to help local farmers get the highest quality feed, seed, and fertilizer. The company merged with Miss Goldy’s Chicken company and bought out the merger partners over the next four years. The brand name Miss Goldy continues under Sanderson Farms.

Today, Sanderson is the third-largest poultry producer in the US, with 13 poultry plants from North Carolina to Texas, processing about 13.6M chickens a week. It’s a major chicken supplier to retail giants such as Walmart and Albertsons and food services distributors including Sysco Corp. and US Foods Holding Corp.

Cargill, the largest private company in the US, has been focused on the demand for protein ever since incumbent CEO David MacLennan took over in 2013. Last week, the company reported the most profitable year in its 156-year history as the global agriculture market continues to scale new highs.

The second interested party in focus is the ContiGroup, formerly known as Continental Grain which has been in business for more than two centuries. Incidentally, the company sold its worldwide commodity marketing business to Cargill in 1998.

The $4.5B or $203 per share that Sanderson Farms is asking for selling itself represents a 12% premium to Friday’s closing price. A potential deal may also give the company some more teeth to compete with its top two rivals Tyson Foods and Pilgrim’s Pride.

Hovering in the background of this deal are skyrocketing poultry prices, surging demand, and tight supplies. Cold storage supplies of chicken have dropped 20% Y-o-Y (by over 200M pounds). Wholesale breast prices have nearly doubled this year; wing prices have hit a record.

No surprise, therefore, that Sanderson’s sales crossed the $1B mark in the most recent quarter while profits rose to $97M from $6M during the same period last year. As restaurants reopen and foodservice outlets restock in the aftermath of Covid, it only bodes for even better days to come for Sanderson.

The Sword of Damocles hanging on poultry producers, in general, has been the regulatory lens over alleged price-fixing claims. In fact, Tyson Foods paid $221.5M to settle price-fixing claims in January this year without acknowledging wrongdoing.

So why is Sanderson putting itself on the block? Turns out CEO Joe Sanderson’s daughters are not keen on being part of the business, and Joe is looking to retire. The cleanest option would be to sell lock-stock-and-barrel to private players and walk away with no vestige of interest in the business.

At this point, a sale looks imminent. And the reason why its competitors are currently not keen on getting involved in bidding is again due to potential regulatory concerns on how much of the market they will end up controlling. If there was any doubt, ask Aon and Willis Towers Watson!

No Compulsion: Expedia CEO urges covid vaccine for all but says employees won’t be required to get it (EXPE -7.92%)

Bait: Walmart to offer bonuses to keep warehouse workers on the job through the holidays (WMT -0.19%)

Nintendo has banked so much money, they could run a deficit of over $250M every year and still survive until 2052