⚒️ ​​Is Rio Tinto On The Right Track? 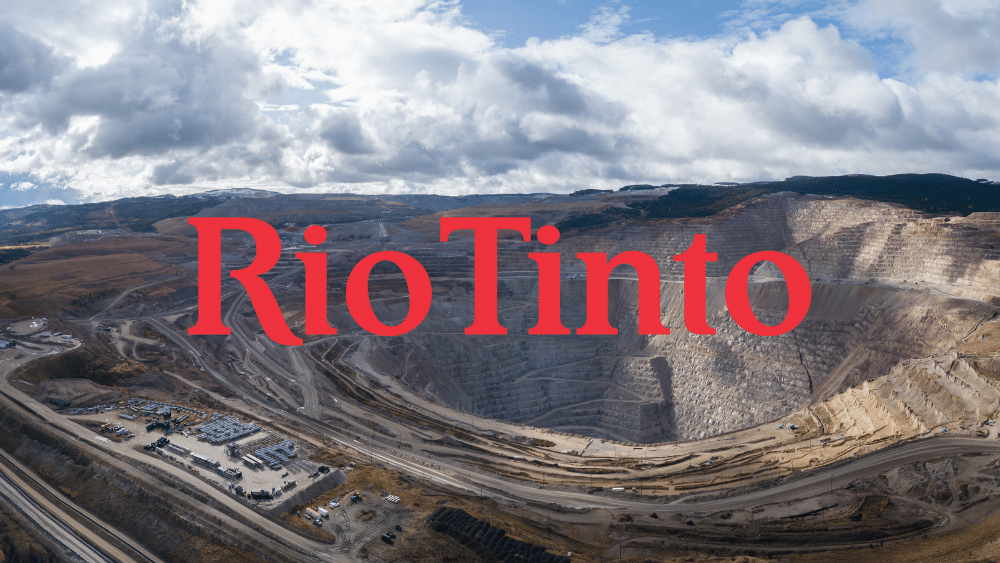 One of the world’s largest mining companies, Rio Tinto Plc. (RIO) is buying the minority shareholders of Turquoise Hill Resources Ltd. (TRQ) for $2.7B. What does Rio see in this deal? (Tweet This)

2.7M tonnes of Copper. 1.7M ounces (48K kilos) of Gold. 1.9K tonnes of Silver. 205K tonnes of Molybdenum. These are the estimated deposits in the Oyu Tolgoi mine. Situated in the Gobi Desert, it’s 80 kilometers north of Mongolia’s border with China. Mining accounts for a third of Mongolia’s GDP and 90% of the country’s total exports.

The vestiges of BHP’s involvement in this deal was a 2% net smelter royalty, which Ivanhoe eventually acquired in November 2003 for $37M. A little more than a year later, explorers discovered Hugo Dummet, a deposit which contained the highest-grade of Copper.

BHP’s arch rival Rio Tinto jumped into the fray, joining hands with Ivanhoe in 2006 to construct and operate Oyu Tolgoi. In 2009, the Government of Mongolia acquired a 34% interest in the mine. By 2010, Rio Tinto positioned itself as a manager of the mine, offering technical and financial expertise.

Over the next ten years, Oyo Tolgoi’s average annual production was estimated to be 1.2B pounds of Copper, 650K ounces of Gold, and 3M ounces of Silver. In 2012, Rio Tinto acquired a 49% stake in Ivanhoe which then changed its name to Turquoise Hill Resources.

The Oyo Tolgoi mine has been a controversial one. In an area where annual rainfall is less than 50mm, the min consumes at least a billion gallons of water per month, and that number is expected to triple in the next two decades. That has put a question mark on the sustenance of nomadic tribesmen in the region.

Be that as it may, Rio is all set to acquire all remaining outstanding shares in Turquoise Hill for $2.7B. That price also gets Rio, a 66% stake in Oyu Tolgoi (the discerning reader will note the remaining 34% is owned by Mongolian government). Outgoing shareholders of Turquoise Hill will receive C$34 in cash for every share, and that’s a 32% premium over the previous day’s closing price.

Remember all those expected of average annual production over ten years mentioned earlier in this article? Well, even after the Mongolian government signed a development and financing agreement in 2015, sustained production is yet to begin! Timeline has been moving around from 2020 to 2021 to late 2022 and now at early 2023.

Much to the chagrin of the Mongolian officials, the cost of the project has also been rising, with the current tab coming in at $6.75B, a full $1.5B higher than the estimated budget. Rio has been pointing fingers at the pandemic-related restrictions in Mongolia as the reason for ballooning costs. Independent consultants on the other hand lay the blame on poor project management.

While work on the underground portion of Oyu Tolgoi is expected to begin soon, Rio is facing the heat in other parts of the world. Rio has been at loggerheads with Guinea’s ruling Junta and wasn’t able to convince the Junta about how its activities at the Simandou iron mine will preserve Guinea’s national interests. And so, Rio has been ordered to cease all activities at the mine last week.

The Simandou mine holds more than 2B tonnes of high-grade iron ore reserves, and Rio Tinto holds a 45% stake in Blocks 3 & 4 of the mine. Separately, the company has seen its exploration licenses for Lithium in Serbia withdrawn following weeks of protest.

With Russia’s invasion of Ukraine, prices of commodities have shot through the roof. And so, setbacks or not, Rio Tinto’s prospecting for new mining possibilities will continue notwithstanding the environmental considerations. Will it strike gold or not (pun intended), only time will tell!

The arrow in the Amazon logo points from A to Z, highlighting the retailer’s wide range of products.