₿ Is MicroStrategy Leading Another Bust?

Spotify to slow hiring by 25%. 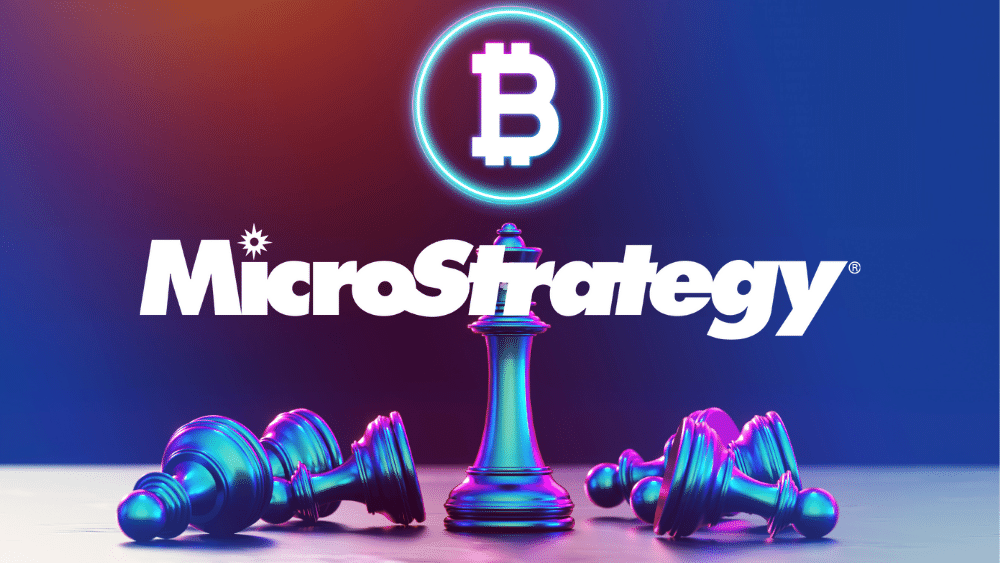 A company invests in bitcoin and doubles it three months later. It obtains a bank loan to buy more bitcoin. As collateral, it pledges its own bitcoins! That’s the Business Intelligence platform MicroStrategy (MSTR) for you. Even after massive losses on its investment, the company’s management remains defiant. Is the sell-off a feeling of deja vu?

The total market capitalization of cryptocurrencies crossed $3T in November 2021. The figure was higher than the GDP of all but four countries – the US, China, Japan & Germany. Seven months later, the crypto market value stands at $975B as over $2T has been wiped off.

Bitcoin, the largest cryptocurrency in the world, commands a third of the total market value. It is currently witnessing the fourth-deepest sell-off in its 13-year history. From a peak of $68K in November 2021, the price of bitcoin has dropped to as low as $21K.

Cryptocurrency prices have moved in tandem with other risk assets like technology stocks. Bitcoin peaked around the same time the sell-off in growth stocks began unabated. Another factor behind the sell-off was the four-decade-high inflation in the US. With slowing growth and rising inflation, investors began to cash out riskier assets to look for safe-havens. As a result, cryptocurrencies witnessed selling pressure as well.

The correction has spooked the staunchest bitcoin investors, known as HODLers. The number of bitcoins transitioning into the hands of HODLers was estimated to be 15K-20K per month, a drop of 64% since early May.

Such has been the extent of the correction that Celsius Network LLC, a known crypto lender, froze customer withdrawals, crypto swaps, and transfers between accounts. It attributed the move to “extreme market conditions.” Celsius’ crypto assets at the end of May were $11B.

Companies like Coinbase and BlockFi have announced lay-offs ranging between 5%-20% of their staff. Incidentally, Coinbase was planning to triple its workforce in markets like India just two months earlier in April.

One Coin Too Many?

MicroStrategy made its first cryptocurrency investment in August 2020, when it bought 21,454 bitcoins worth $250M. The management believed bitcoin was “superior to cash” and a reasonable hedge against inflation. The $250M investment was MicroStrategy’s entire planned inflation-hedging fund. By December, the company held 70.5K bitcoins worth ~$1.12B.

The company borrowed $205M from Silvergate, a crypto-focused lender, in March this year. Reason? To buy more bitcoin. MicroStrategy used the bitcoin on its balance sheet as collateral to secure the loan! The company holds ~130K bitcoins with an average purchase price of $30.7K as of March 31 this year. In an investor presentation, the company said it would require maintaining $410M as collateral for the bitcoin-backed loan.

MicroStrategy president Phong Le set the cat among the pigeons last month. He mentioned that if the bitcoin price dropped below $21K, it would trigger a margin call.

A margin call is triggered when the value of securities in a brokerage account falls below a certain level. The account holder must deposit additional cash or securities to maintain the minimum level. These calls are triggered only in leveraged accounts.

The price of bitcoin did drop below $21K this week. Speculations were rife that MicroStrategy’s margin calls would be triggered, forcing them to either pledge more or liquidate some of the coins. However, the management quickly denied any such development, contradicting Phong Le’s statements.

CEO Michael Saylor wrote on social media that MicroStrategy’s bitcoin holdings could cover the margin requirement till prices drop to $3,562. Should the price drop further, they had other assets for collateral. He also mentioned that when the company adopted the bitcoin strategy, it anticipated volatility and structured its balance sheet accordingly to remain a HODLer through adversity.

Michael Saylor is currently witnessing a “been there, done that” moment. MicroStrategy went public in 1998 through an IPO priced at $7 apiece and peaked at $333 at the height of the dot-com mania.

MicroStrategy announced a review of its accounting practices in March 2000. It then came to light that the company’s 1999 revenue was lower than disclosed publicly, and the profit made during the year was actually a loss! Rattled investors headed for the exit as shares fell 62% in a single trading session. MicroStrategy lost $11B in market value while Saylor lost $6.1B of his fortune. The incident is known as the day the dot-com bubble burst.

The company and its management were sued for fraud. It managed to settle with the SEC in December 2000 after Saylor, co-founder Sanju Bansal, and former CFO Mark Lynch paid $350K each in fines. Neither admitted to any wrongdoings before the regulator.

MicroStrategy’s bitcoin binge has garnered such attention that its core business performance has taken a back seat. Revenues have only grown 7% over the last two years. The topline in Q1 2022 was the lowest in seven quarters. Product license revenue was also the lowest since Q2 2020. The company has reported operating losses for five successive quarters, the latest being a loss of $155.6M.

Based on Bitcoin’s current market price, MicroStrategy’s bitcoin holdings are worth $2.9B, implying an unrealized loss of over $1B. That’s half its market capitalization!

Things currently look grim for MicroStrategy. Shares are down 70% this year and 80% from their peak of $891. It will surely need something bigger than just a micro strategy to get out of this mess. But for those who have witnessed the events of March 2000, is this Deja Vu?

Gloomy: Spotify to slow hiring by 25% amid economic uncertainty (SPOT +7.45%)

Philip Morris has six of the top 15 cigarette brands internationally