​​💾 Is Micron Positioned To Take Charge? 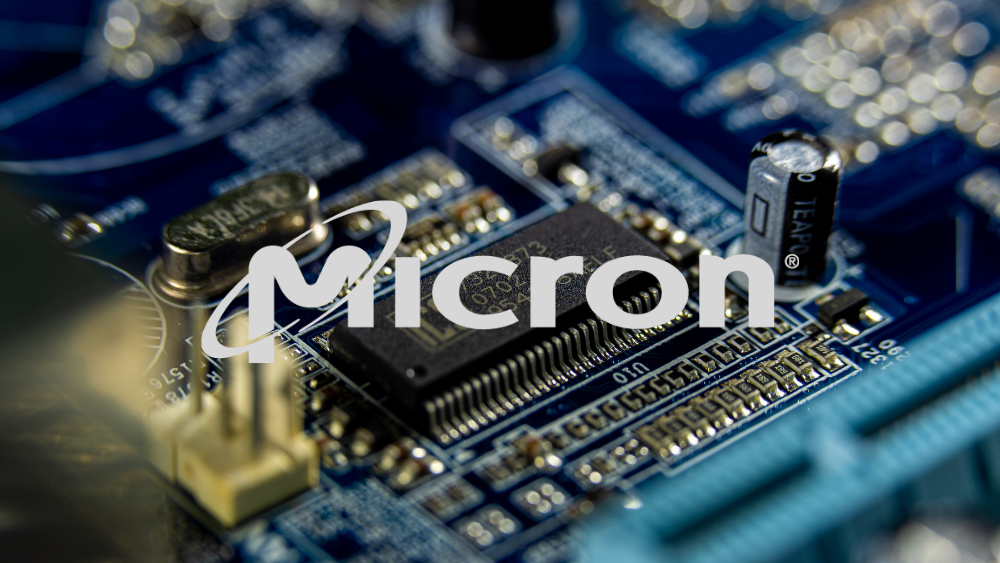 Micron Technology Inc. (MU), the producer of computer memory and data storage products, reported results that were above estimates. However, the company warned of higher costs, which further lowered an already underperforming stock. (Tweet This)

Micron was established as a semiconductor design consulting company in Idaho in 1978. It ventured into manufacturing in 1981 when it established its first wafer fabrication unit. The company’s Fab 1 unit produced 64K DRAM (Dynamic Random Access Memory) chips. It went public in 1984.

In the mid-90s, founder Joe Parkinson retired as CEO, and Steve Appleton took over the reins. In 1996, a three-way merger between ZEOS International, Micron Computer, and Micron Custom Manufacturing Services (MCMS) increased the size and scope of the company. It further received a boost when the company acquired NetFrame Systems in 1997 for $14M.

In 2005, Micron and Intel formed a joint venture, IM Flash Technologies, in which both companies invested $1.2B each, and Micron controlled a 51% stake. They also opened a fabrication plant in Singapore in 2010 to manufacture NAND flash memory. 18% of those chips were used by Intel, while the rest went to Micron.

In 2006, Micron acquired Lexar, an American manufacturer of digital products, for $850M. In June 2017, Micron discontinued Lexar’s removable media storage business as the company focused on shifting to higher-margin products of its own. Finally, the Lexar business division and its brand were acquired by Longsys in September 2017.

In 2019, Micron pioneered the first MicroSD card with a 1TB storage capacity. It also introduced the cheapest, largest capacity SSD to the world at 3.84TB. Last July, Micron sold its semiconductor factory in Lehi, Utah, for $900M in cash to Texas Instruments. The sale also brought in $600M from the sale of tools and other assets.

Even as the chip shortage made headlines exacerbated by the pandemic, chip companies made merry in 2020 and 2021. However, Micron remained a relative underperformer, gaining only 29% and 26% in both years. Compare that to peers like NVIDIA, who gained over 100% in both years.

Despite the underperformance on the share price front, the company has had relatively stable financials over the last few quarters.

Q2 revenue grew 25% Y-o-Y, compared to the 20% the company had projected in Q1. This was due to Micron charging more for its NAND and DRAM memory chips, which helped grow gross margins to 47.2% of revenue compared to 26.4% during the same period last year.

Out of its four business units – Computers & Networking, Mobile, Storage, and Embedded, three grew in excess of 30% Y-o-Y. The mobile division, which contributes to a quarter of the overall top line, underperformed with only 4% growth.

For the current quarter, which will be Q3 as per their reporting calendar, the company expects to earn ~$8.7B, higher than Wall Street estimates of $8.06B. It also expects gross margins to be in the 48% range. With people beginning to return to the office, the pandemic-drive demand for PCs has been receding. As a result, Micron expects PC shipments to be flat this year compared to 2021.

Enter Neon. What does this inert gas have to do with Micron? Neon is a critical piece of the puzzle when manufacturing semiconductor chips. The gas is required for a process called Lithography, where patterns are carved onto pieces of silicon via machines. More than half of the Neon globally is produced by companies based in Mariupol, Ukraine.

Recently, Mariupol has been in the news as a key conflict area in the Russia-Ukraine war. Global Neon consumption for semiconductor production reached 540 Metric Tonnes last year, which may be cut by 50% if Ukrainian companies remain shuttered this year. Current Neon inventories are expected to run out in 7-9 months.

Continued Covid-related lockdowns in China are posing a risk to the electronics supply chain, alongside higher energy costs, increased inflation, etc. All said and done, this is fodder for investor concerns. Micron shares are down nearly 20% for the year, underperforming peers like NVIDIA, which is down 7.5%, and Intel, which is down 5.5% so far.

Micron may be doing things right on the business front, but forces beyond its control are coming into play. Micron should now look at its contingency plans at a micro-level so it doesn’t become collateral damage in the face of large-scale disruptions compared to its competitors. After all, a chip in time saves nine!