🥣 Is Kellogg's Split Healthy For Shareholders? 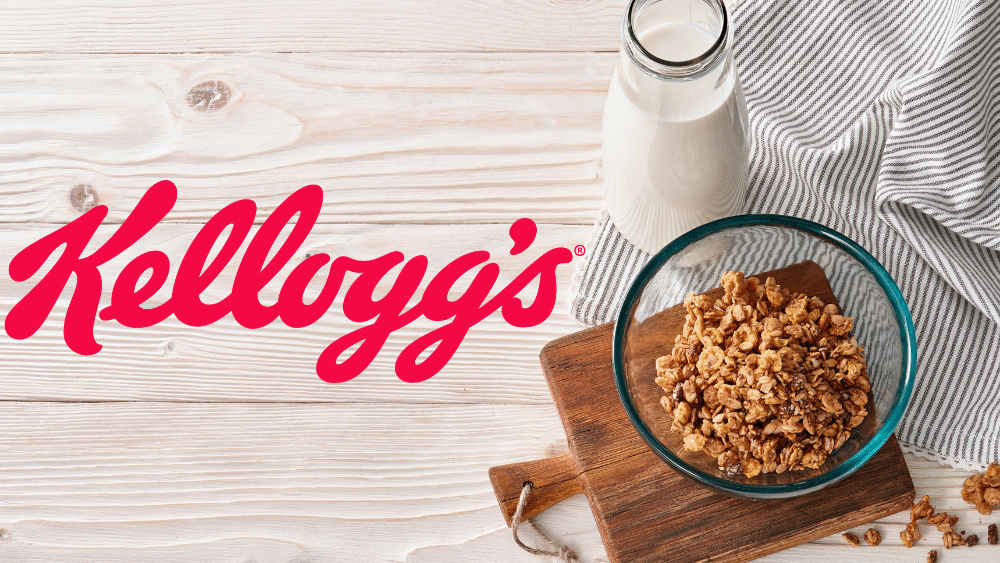 Kellogg Co. (K) is gearing up for a three-way split. One of the largest food companies in North America will spin off its snack, cereal, and plant-based businesses into three independent public companies. But is this enough to turn around five years of underperformance?

Consumers dragged Kellogg to court for using deceptive health and wellness claims. After three years of litigation and just months before the trial, Kellogg agreed to stop using terms like “healthy,” “nutritious,” and “wholesome” to promote its products. The Federal Court in the Northern District of California also asked the company to pay $20M to victims of such false advertising.

Consumers shifting to healthier breakfast choices has stagnated the US’ hot and cold cereal market. The market faces stiff competition from fresh fruit, yogurt, breakfast bars, and protein-rich bars. The $12.7B market in 2009 is now down to $10B.

Kellogg doubled down on its snacks business in 2012 with a $2.7B acquisition of Pringles. The deal made Kellogg the second-largest player in the global snack food market after PepsiCo. It also tripled the size of its international snack business. In fact, the snack business was Kellogg’s only growing segment in 2021. Sales rose 5.5% year-on-year while the cereal and frozen business saw sales decline 14.4% and 3%, respectively, last year.

On Tuesday, Kellogg announced a split of its three businesses into independent public companies. Snacks, cereal, and plant-based businesses will now be independent entities. The rationale behind the move was to focus more on growing the snack business. The two tax-free spin-offs will likely be completed by the end of 2023.

Shareholders of Kellogg will receive shares of the other two companies on a pro-rata basis relative to their shareholding in the original entity. The completion of the move is subject to final board approval.

How will Kellogg’s debt be split between the three entities remains unclear. As of April this year, Kellogg’s net debt was down 4% from last year at $7B.

Kellogg has been toying with the split idea since 2018. Cahillane will remain CEO of the snacking business post the split. Other management teams are yet to be named.

The snack business will house brands like Pringles, Cheez-It, Pop-Tarts & RXBAR. It saw sales worth $11.4B in 2021, forming 80% of the overall topline. North America will contribute half of the new company’s revenue. Kellogg expects the division to be a “high-single-digit” growth company.

The sale of meat alternatives has plateaued after a two-year pandemic boost. For the 52 weeks ending May 28, total sales in the US were up 0.3% year-on-year. Subdued sales have hurt companies like Beyond Meat, shares of which trade below their IPO price.

Kellogg’s plant-based and North American cereal businesses account for 20% of 2021 sales. The plant-based division, operating primarily under the MorningStar Farms brand, had sales worth $340M last year. Cahillane sees “significant standalone potential” for all businesses but does not rule out a potential sale of the plant-based business.

The domestic cereal business has been a pain point for Kellogg. Sales have declined for five consecutive quarters. It also suffered from a workers’ strike, which lasted two-and-a-half months last year. A fire at its cereal plant in Memphis further crippled production.

On the financial front, Kellogg raised its net sales guidance for 2022 to 4% from 3% earlier. It expects to capitalize on the momentum in the snacks business globally and the noodles business in Africa. Price hikes undertaken to combat inflation will also aid the topline.

The news surprised analysts who cautioned that the spilt should not distract the company from current operational challenges, the biggest among them is to ensure the recent price increases do not hurt sales volumes.

Kellogg’s shares have underperformed those of Mondelez. The stock is down 2% over the last five years compared to Mondelez, which is up 33%. In the previous 10 years, Kellogg shares are up 40%, while Mondelez has gained ~200%.

Kellogg’s mission statement reads, “Nourishing families so they can flourish and thrive.” It now hopes that its businesses flourish and thrive as standalone entities. But will the move ensure good health for shareholders? Let us think over a bowl of cereal!

Kraft was acquired by tobacco corporation Philip Morris in 1988 for $12.9 billion