​✈️ Is JetBlue’s Offer In The Right "Spirit?" 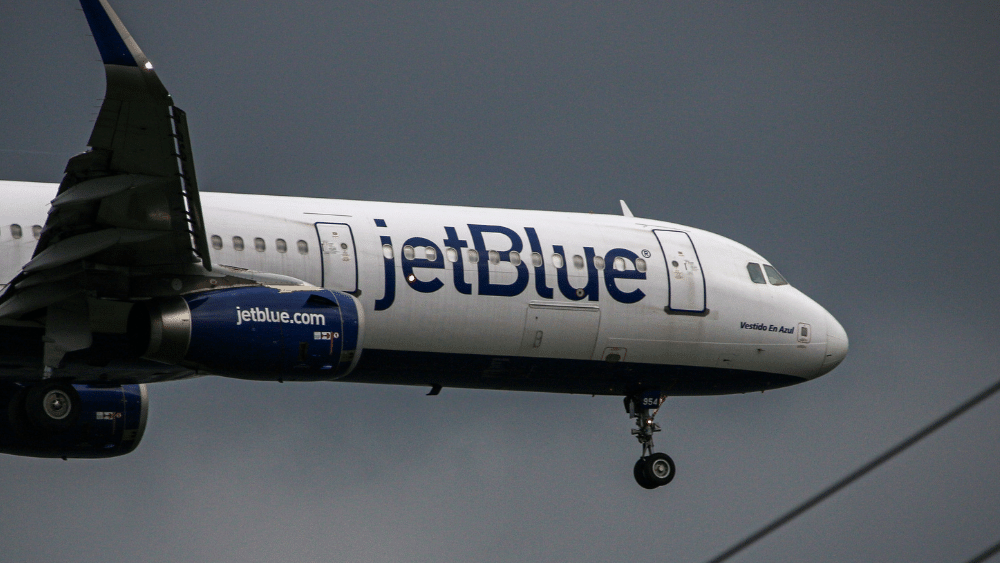 ✈️ JetBlue: Bolt From The Blue?

JetBlue (JBLU) made a $3.6B bid for ultra-low-cost carrier Spirit Airlines (SAVE). But Spirit had already agreed to merge with Frontier Group Holdings (ULCC). JetBlue is also facing litigation over its deal with American Airlines (AAL). Not surprisingly, investors are left red-faced. (Tweet This)

Between 2001 and 2010, the American Aviation Industry lost $55B and cut over 160K jobs. If the dot-com bust and 9/11 attacks kicked off an uncertain decade, animal spirits took charge mid-decade before the economy took a big hit in the global recession. With over 20 airlines filing for bankruptcy, the industry saw a wave of consolidation.

Today, there are four major carriers in the US: American Airlines, Delta Airlines, United Airlines, & Southwest Airlines, which control over 70% of the US market. After them come the low-cost carriers, one of which is JetBlue, the seventh-largest airline in North America in terms of passengers carried. It began operations in February 2000 and today operates flights to 100+ destinations.

Spirit Airlines started its operations in 1992 and today operates flights to 83 destinations across the US, the Caribbean, and Latin America. It is the eighth largest passenger carrier in North America. Frontier Airlines, the third airline of today’s story, started operating in 1994 and connects to over 31 international destinations today.

In February this year, Frontier Airlines and Spirit Airlines decided to merge in a deal valued at $6.6B. The merger was intended to turn both the airlines into one discount behemoth and become the fifth-largest airline in the US. Frontier would have a controlling stake in the merged entity.

Spirit’s shareholders would receive 1.9126 shares of Frontier for each share held, along with $2.13 in cash, an implied value of $25.83 per share, which was at a 19% premium to Spirit’s previous closing price. The two airlines overlap on 520 out of 2.8K routes. As of 2021, these two airlines had a combined 7% market share of available seat miles within the US.

No White Knight Or Poison Pill

All hunky-dory, right? Wrong! JetBlue jumped in the middle of this deal, trampled all over it, and made an unsolicited $3.6B all-cash offer for Spirit, thereby throwing the cat among the pigeons. Spirit’s shares jumped 22%, owing to which trading in the stock was halted.

Spirit’s board has the fiduciary responsibility to the company and its shareholders, so it will evaluate the proposal before giving its formal response. JetBlue is offering $33 apiece to Spirit’s shareholders, a 32% premium to Frontier’s $25 offer.

Once the integration is done, JetBlue expects cost savings of $600M to $700M over three years. CEO Robin Hayes called the Spirit-Frontier deal a window of opportunity “that if you don’t act, it’s gone.”

Frontier, which was caught off-guard, questioned JetBlue’s intentions, stating this deal would make air travel more expensive for customers as it would reduce their flight options given the significant East Coast overlap between the two airlines. Frontier maintained its commitment to Spirit.

As an aside to this story, JetBlue and American Airlines entered into a “Northeast Alliance” in July 2020, through which they would operate over 700 daily flights from New York and Boston during the winter. The deal was approved during the last weeks of the Trump Administration, under the condition that specific slots in New York and Washington would be given up.

The Department of Justice, six states, and the District of Columbia poured hot water on this alliance. It sued both the carriers alleging violation of antitrust laws, warning that this move would drive up airfares. The two airlines in question asked the judge overseeing the case to dismiss the lawsuit saying their alliance did not hurt competition. The case is still pending.

One analyst called JetBlue’s out-of-the-blue offer an “indecent proposal.” There are also questions about whether JetBlue has run out of ideas on how to grow. Investors don’t like surprises, and JetBlue’s shares have fallen for the fifth day in a row on Thursday and have declined 20% during the period. As a result, JetBlue’s stock closed at a 52-week low. Shares of Frontier too closed near their 52-week low.

The Frontier-Spirit love story now has a third angle. Will Frontier be the jilted party? What will Spirit do? Will JetBlue have the last laugh? The plane is now on Spirit’s runway, and one can only hope that the decision is taken in the right spirit.