⛏️ Does BHP Have A Goal For Coal? 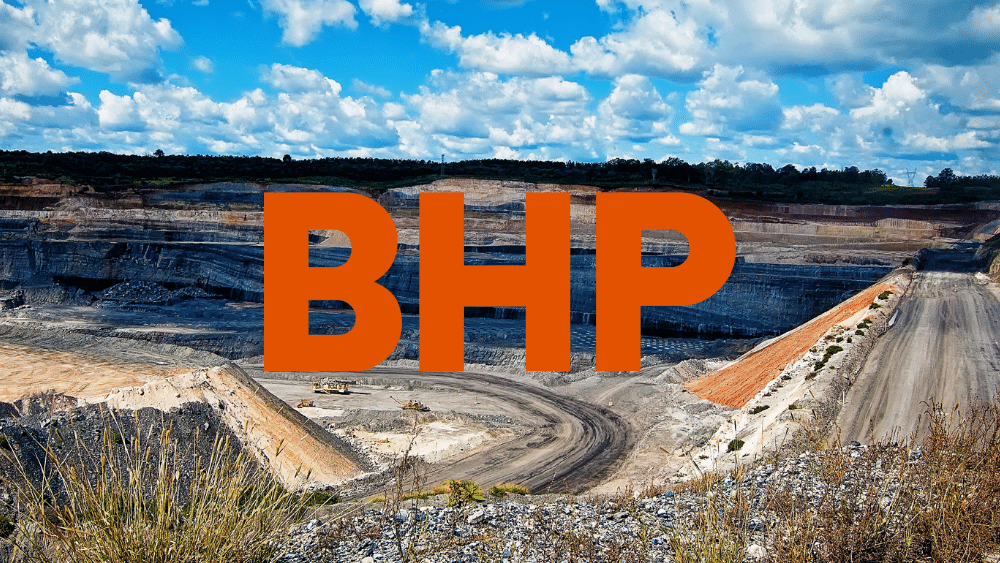 ESG investors have made a U-turn towards coal mining. Consequently, BHP Group Ltd. (BHP), the world’s largest mining company, has also abandoned its plans to exit the thermal coal business. The company has reasons for not going ahead with its plans. So will the ‘dirtiest fuel’ manage a clean exit?

Love It, Hate It, But Can’t Ignore It

Coal mining contributes to 40% of the global electricity production. ~4B tonnes of coal has been mined globally this year, despite clarion calls to move towards cleaner energy sources.

The dependence on coal has its consequences. For example, 39% of global carbon dioxide emissions come from coal mining. Coal-fired power plants are the largest source of mercury in the US. Mountaintop removal mining has destroyed ~10% of Appalachia’s forests.

Thermal coal prices have soared globally. Futures for coal delivered to North-western Europe are up 137% this year. Benchmark prices in the Pacific region are up 140%, while cash prices in central Appalachia have climbed 40% to record levels.

Even after coal prices are trading at a record, coal mining investments have declined. There is skepticism that the ‘dirtiest fuel’ will eventually give way to other renewable energy sources. Australia, the second-largest coal exporter in the world, is also taking steps to curb coal mining.

The Western Australian government will shut all its coal-fired power stations by 2029. A third of the coal-fired power capacity in the US has been retired over the last decade, and another 6% will go offline this year. Some closures are likely to be extended to 2025.

The record coal prices are driven by strong demand and insufficient supply. Lack of investments has led to lower production, resulting in lower inventories. Coal stockpiles at power plants in the US fell to their lowest since the 1970s in September last year. Power-plant coal inventories were 44% below their 13-year average in March this year. These levels have remained lower due to the strong demand.

Speculative coal mining has stopped entirely. Miners now sell most of their output in advance. Coal production is likely to improve this year compared to 2021, but utilities are having trouble sourcing the same due to congestion at ports and railheads. The slower-than-expected renewable energy installations are also spurring demand.

For years, the world’s biggest mining companies have contemplated exiting the fossil-fuel business. BHP has also pivoted towards commodities like iron ore and copper as they expect higher demand for those during the global energy transition. Coal contributed 18% to BHP’s revenue as of H1 FY22, while the rest came from copper and iron ore.

In line with these plans, BHP announced that it would sell its thermal coal assets and 80% stake in a venture with Mitsui in August 2020. Last year, BHP sold a minority stake in its Columbian Thermal Coal project to Glencore.

Among peers, Rio Tinto exited the coal business in 2018. Glencore plans to hang on to the mines till it runs out of coal around 2050. In fact, Glencore is likely to make record profits from the coal business this year and overtake Rio Tinto to become the world’s second most profitable miner.

Despite record profits, Glencore remains under pressure from investors to come clean on its exit strategy. Anglo American Plc spun off its coal mines in South Africa into a new company last year and immediately announced plans to increase production.

BHP was also looking for a suitable buyer for its New South Wales Energy Coal (NSWEC) thermal coal unit. Mount Arthur coal mine, the only part of NSWEC, is one of the largest operating mines in Australia. Even with coal prices shooting to a record high, BHP has not managed to find a buyer for the unit.

Therefore, after two years of search, the company abandoned its plans to exit the thermal coal business and continue operating the Mt. Arthur mine. As a result, BHP will run the mine for the next eight years before shutting down in 2030.

BHP believes that the proposed 2030 shutdown is the best way to balance its operational needs while giving time to workers to find new jobs. The company said that the shutdown plans are much earlier than they would’ve been had a buyer been found. BHP has proposed an extension for the mine until 2045. Current permits only allow BHP to operate the mine till 2026.

For Mt. Arthur, the mine has yet to turn a profit since mining began in the 1960s. It also grapples with rising waste volumes and the need to haul that waste over long distances. BHP had made provisions worth $700M in 2021 for rehabilitation of the mine. The company anticipates rehabilitation work to take 15 years.

ESG-focused investors have been on the heels of energy companies to move towards cleaner fuel. Exxon and Shell have witnessed action from activist investors through 2021. Yet, most of these oil & gas companies made record profits as energy prices have risen to multi-year highs.

With coal prices now touching new records, investors are wary of companies divesting these assets, which could be lucrative in such an environment. From demanding swift divestments of such assets, investors now want a planned and accelerated closure of operations.

BHP follows a July-June financial year format. For the first six months of the financial year 2022, the company’s net profit rose 50% year-on-year, while it expects net debt to range between $5B-$15B. It also paid a record interim dividend to investors, returning a total of $22B in cash over the last 18 months.

BHP may have abandoned its plans, but they need to have a goal for coal. Instead of divestment, the onus is back on them to ensure that the ‘dirtiest fuel’ is given a clean exit sooner or later. For now, they are choosing to ride the tide with record coal prices.

Inflation Impact: Tesla raises prices by as much as $6K amid surging costs (TSLA -8.54%)

CVS offers a variety of scholarships, including for children of employees and those entering the medical field