🧻 Does Bed Bath & Beyond Have A Way Out? 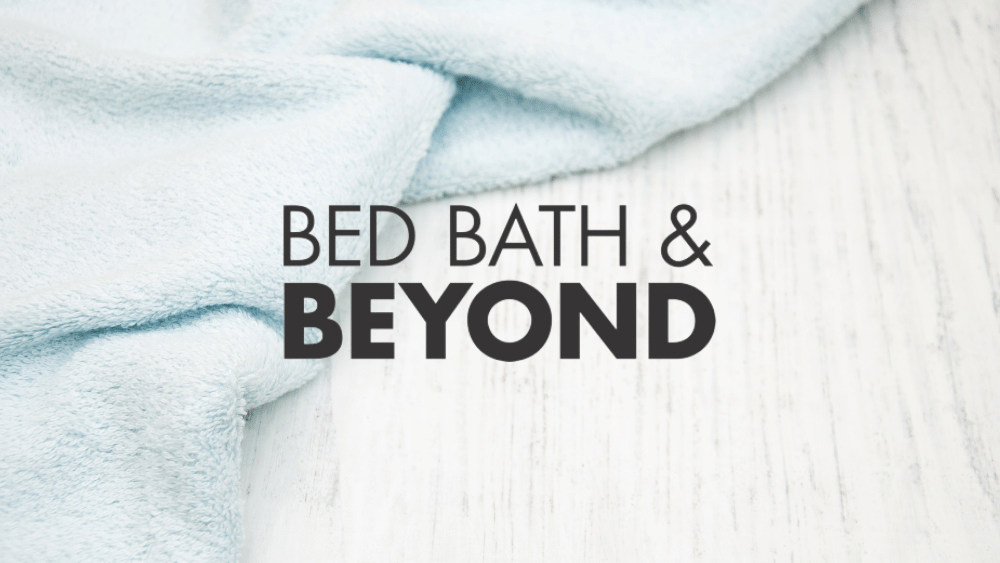 🧻 Bed Bath & Beyond: Beyond Messy?

Bed Bath & Beyond Inc. (BBBY) is in a soup. Sales are shrinking, and losses are mounting. The CEO hired to turn around the company’s fortunes has exited. With things going from bad to worse, is the scope to revive the company beyond anyone’s capacity?

Bed Bath & Beyond reported its third straight quarterly profit in Q4 2020. New CEO Mark Tritton’s turnaround plan appeared to be working. Instead of carrying forward with the momentum, it ran into newer obstacles to mess things up.

A key change was to reduce product selection. Stores reduced 6-7 different product types to 2-3 and swapped national labels for new, private ones. In addition, the company launched eight new private labels with ~800 products. However, the lack of options left the most regular customers disappointed.

Losses resumed in 2021 due to supply chain issues and customers moving to other avenues to meet their needs. The company missed out on sales worth $175M during the holiday season as it ran out of inventory! Best-selling items like kitchen appliances, bath towels, and electronics were missing from shelves as they were stuck at ports.

Yet, Tritton remained unfazed and told analysts earlier this year that his turnaround plan is on track and that customers are resonating with the private labels.

Sales declined year-on-year for the fourth straight quarter. This was the company’s fifth consecutive quarterly loss. With nothing having changed from 2019, the company showed Tritton and its Chief Merchandising Officer the door on Wednesday. Sue Gove, an independent director on the board since 2019, was named interim CEO.

Bed Bath & Beyond overcompensated on the inventory front after the infamous holiday quarter. In a quarter where sales fell 25%, inventory rose 15%. The interim management made its priorities clear – clear excess inventory! 2022 Capex will also be cut to $300M, down $100M from the earlier plan.

One activist investor led the 2019 management shakeup and 2022 is no different. Leading the charge this time is Ryan Cohen, the Chairman of GameStop and co-founder of Chewy.

Cohen disclosed a 10% stake in Bed Bath & Beyond earlier this year through his firm RC Ventures. The firm is now the fourth-largest shareholder of the company. Cohen has been a vocal critic of Bed Bath & Beyond’s operations and the lofty compensation paid to Tritton as CEO. The last three years fetched Tritton $36M as compensation, including a performance-based bonus (when sales dropped over 20% for four straight quarters) and stock awards.

The GameStop chairman wants sweeping changes at the company, including a spin-off or even a sale of BuyBuy Baby. Both parties agreed to a deal in late March, under which Bed Bath & Beyond added three people picked by RC Ventures as independent directors. It also formed a four-member committee to make recommendations to the board.

BuyBuy Baby is a bright spot within a struggling Bed Bath & Beyond. Cohen sees its value to be in “billions.” The brand hit $1.4B in sales in FY21 and grew double-digits compared to FY20. The brand saw single-digit growth even during the disastrous holiday quarter when overall sales were down 15%

Two parties expressed interest in acquiring BuyBuy Baby in April. One was PE firm Cerberus Capital Management, and the other was Tailwind Acquisition Corp., a Special Purpose Acquisition Company (SPAC) led by former Casper Sleep CEO Philip Krim. The management refused to share details on these offers other than the standard “evaluating potential options” statement.

An analyst in his report mentioned how bad things are at Bed Bath and Beyond. The report speaks of how the company has canceled remodeling projects, reduced customer reward programs, and scaled-down labor and store operating hours. Foot traffic is down 30% from last year and it has shut down air conditioning and other utilities at some of its stores to bring down costs. The management refuted the last observation and offered no comments on the rest.

If “past performance is no guarantee of future success” had an example, Mark Tritton would fit as one. Today, Bed Bath & Beyond finds itself in a corner with shares down 70%, a stretched balance sheet, and an empty corner office!

The right spellings make a lot of difference when you describe a situation. For example, Bed Bath and Beyond had “BuyBuy Baby,” intending to sell more baby products. But currently, investors are already focused on the other version of “Buy Buy,” spelled as “Bye Bye.” It is running out of time to stem the rot and ensure that the second version of the spelling doesn’t turn into reality!

To Be Continued: Spirit Airlines again delays shareholder vote on Frontier deal (SAVE -1.80%)

Boeing’s Everett Factory Is the World’s Largest Building by volume, spread across ~100 acres