💵 Can Upstart Overcome The Tough Times? 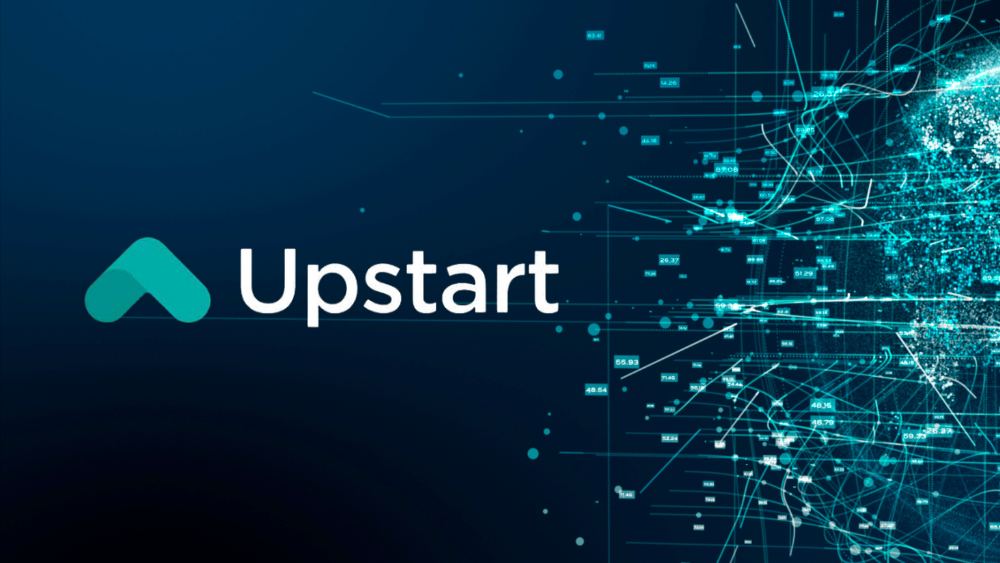 AI lending platform Upstart Inc. (UPST) cut its current-quarter guidance in May. It now expects to fall short of that too. Shares are down 90% from their peak. Amidst deteriorating macros and analyst downgrades, can Upstart do enough to keep itself afloat?

California-based Upstart offers personal loans based on a machine-learning-powered credit-scoring model. It claims to identify borrowers with tarnished credit history and with more accurate risk models. It promises 10% lower loan interest rates, 26% more approvals, and loan approvals within a day.

An Income Share Agreement became Upstart’s first product. The ISA enabled individuals to raise funds by agreeing to share a part of their future income for a fixed number of years. It pivoted to personal loans in 2014 by offering a traditional three-year loan product and later moved to a five-year loan.

The company generates revenue by matching financial institutions with potential borrowers and charging a fee for that service. Small banks and credit unions buy a quarter of those loans. They then sell most of them to institutional investors.

Half of Upstart’s revenue in 2021 comprised fees that banks pay to the company for referring prospective borrowers; the other half came from fees banks pay when they originate a loan using Upstart’s software. The software tells the bank how to structure a loan with the best chance of making money. Most of the loans originated on their platform are not held on their books.

In Q1 2022, Upstart facilitated loans worth $4.5B, more than double the volume in Q1 2021. The volume of loans facilitated by the company has grown significantly during the low-interest rate regime. The result was strong growth on both its topline as well as bottomline.

Unlike many other high-priced startups that have gone public over the last two years, Upstart has delivered a profit for seven consecutive quarters. Revenue in Q1 2022 increased 270% year-on-year while net profit rose 323%.

Upstart went public in December 2020, at the peak of the IPO frenzy when investors wholeheartedly bet on growth stocks. Shares peaked at $390 in October 2021, almost 12x its IPO price of $20. With investors moving away from growth stocks towards the end of last year and the start of 2022, Upstart’s share price suffered proportionally.

In May this year, Upstart plunged almost 60% in a single session. It cut its revenue guidance to $1.25B from $1.4B, anticipating a slowdown in loan demand amidst rising interest rates.

Last week, Upstart announced that it would also fall short of its slashed targets. It now expects current-quarter revenue of $228M, far below its earlier guidance of ~$300M. Analysts projected revenue of $335M before cutting it down to $298M in May. After seven straight quarters of being in the black, Upstart now expects a loss in Q2. The loss may range between $27M to $31M, compared to earlier guidance of breakeven to a $4M loss.

The company attributed the cut in guidance to two factors. One is funding constraints in the marketplace over economic concerns. Upstart also converted some of the loans on their balance sheet into cash, hurting the topline.

The loans retained on the company’s books saw a dramatic jump in March, rising to $604.4M, compared to $260.8M in Q4 2021. Despite the increase, the management said that only a single-digit percentage of loans that originated on the platform in Q1 came to the company’s balance sheet.

CEO David Girouard maintains that the increase in loans is not a change in its business model and that 90% of the loans are either held by banks or sold to institutional markets. The company is working towards rolling out a smaller-dollar loan product and expanding into the auto loan market. Auto dealer partners increased 324% year-on-year in Q1.

Analysts downgraded Upstart, citing limited revenue visibility in the future. In August 2021, all six analysts tracking the stock had buy recommendations. Multiple downgrades later, only two of the 13 analysts have ratings equivalent to a buy on Upstart. Short interest on the stock is up 800% in the last 11 months, making it one of the most shorted names in the market currently.

Seeing a share collapse from $400 to $40 is a bitter pill no investor would want to swallow. Upstart’s shares surged beyond belief within two years and collapsed at a similar pace. The stock is now down 90% from its peak. Investors would only hope that the upcoming headwinds are temporary and that Upstart has enough ammunition to kickstart its growth journey again.