🥩 Can Tyson Foods Punch Past Peers? 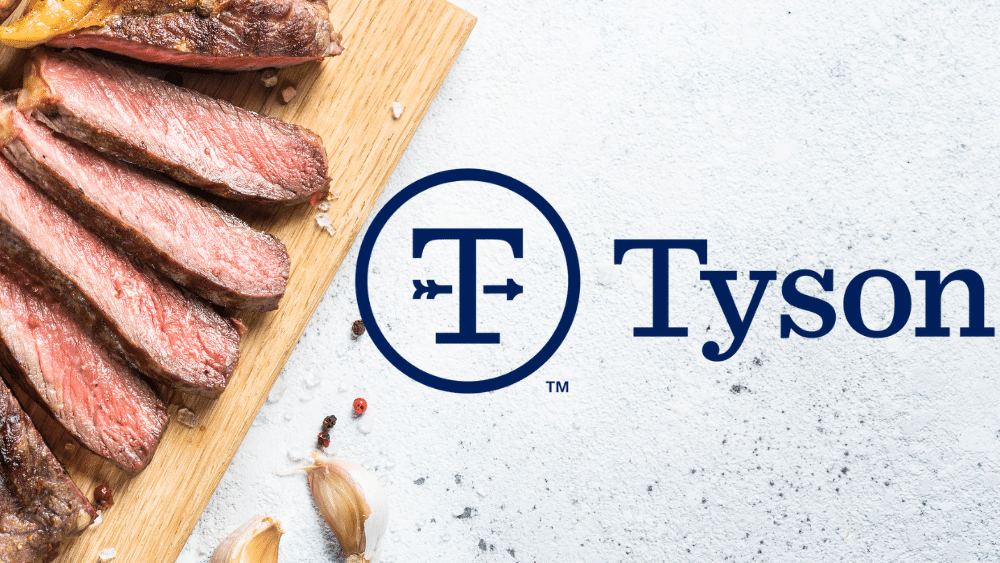 The largest meat processing company in the US – Tyson Foods Inc. (TSN), has underperformed most of its peers this year. The company raised its full-year sales forecast amidst rising meat prices, but the White House is unimpressed. Can the company revive its fortunes in the second half of the year?

The Answer To Inflation: Raise Prices!

There might be a plant-based meat movement on the fringes, but the US continues to be a meat-consuming country. In 2020, the US accounted for 21% of the 130B pounds of beef consumed. That works out to 274 pounds of meat per person. However, this number does not include seafood.

Tyson Foods is the largest US beef exporter. It is the world’s second-largest processor and marketer of chicken, beef, and pork. Some of its major brands include Jimmy Dean, Hillshire Fark, and BallPark. Close to 20% of the chicken, beef and pork sold in the US is produced by Tyson. It is also a leading meat supplier to QSR, fine dining restaurants, and fast food chains.

Prices of meat across the US are shooting through the roof. Changes in the Consumer Price Index for April over the last 12 months were the highest in meat, poultry, fish, and eggs. Retail whole chickens in the US are selling at their highest prices in 15 years.

It’s no surprise that food inflation has impacted Tyson Foods as well. For the most recent quarter, the company’s cost of goods sold was up 15% Y-o-Y. In response, Tyson has undertaken numerous price hikes over the last 12 months to protect its bottom line.

Between Q2 2020 and Q4 2021, Tyson Foods saw a 258% jump in its profitability. In Q4 2021, Tyson hit peak profitability of $1.4B. A study by the White House Economic Council found that the gross profit of the top four meatpackers since the start of the pandemic has risen 120%.

More than half of the meat processing industry is controlled by four major companies – Tyson, Cargill, JBS SA, and National Packing Beef Co. The top 20 control 95% of the market. Former White House Press Secretary Jen Psaki took umbrage at the industry leaders for raising prices at the expense of consumers. President Joe Biden called capitalism without competition as “exploitation.”

To expand the independent meat processing sector, the US Department of Agriculture will spend $1B from American Rescue Plan Funds for financing grants, guaranteed loans, and worker training. An additional $200M in funding was announced to increase capacity at slaughterhouses for independent meat processors. The rationale: more competition, better prices for consumers.

The department is also gearing up to impose additional rules on the meatpacking industry later this year. That was enough for the meat industry to go up in arms, with the National Chicken Council calling these developments “a solution in search of a problem.” It also pointed to the lack of a stable workforce as why they can’t operate at total capacity.

Some experts have cautioned that simply investing in independent processors may not be enough to address the problem of market concentration since labor shortage continues to be an issue. Tyson, for its part, has taken up a $1.3B capex to automate parts of its production lines over the next three years to tackle the labor issue.

On the valuation front, Tyson Foods trades cheaper than most of its peers. On a trailing-12-month basis, it traded at a price-to-earnings ratio of 7.9x, lower than peers like Hormel Foods (28.6x), Pilgrims Pride (38x), and Conagra Brands (15.3x). However, shares are up only 3.5% this year compared to Pilgrims Pride which is up 20+%.

Inflation or not, food on the table is a necessity and thus is more or less price inelastic. Thus, Tyson Foods has been able to pass on the price hikes to consumers with little pushback from them. How long can this continue?

While the consumers haven’t yet taken a stand, the Biden Administration seems to have made up its mind. Tyson may need to be ready for the boxing match!

Reports: Credit Suisse is trying to raise more than $1B after a string of scandals and executive departures (CS -4.08%)

General Motors was responsible for creating the Lunar Roving Vehicle, aka the Moon Buggy, which was successfully used during the Apollo 15 mission