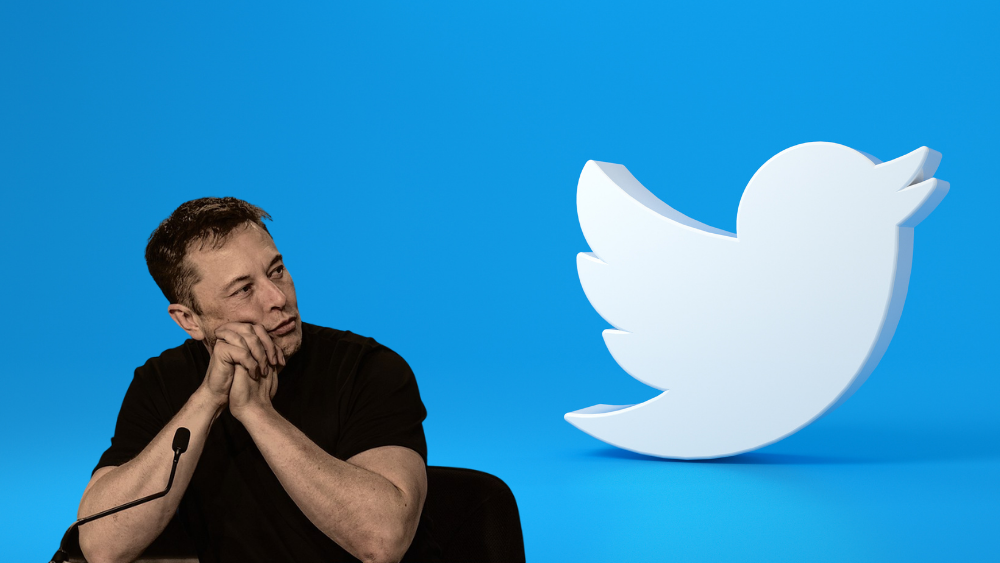 Elon Musk is everywhere. If not for Tesla, then for his tweets. He has now picked up a “passive” stake in social media giant Twitter Inc. (TWTR). The move comes just weeks after he criticized the platform on the platform itself! Nonetheless, the move sent shares soaring. (Tweet This)

Elon Musk is synonymous with run-ins. The fact that there is no love lost between the Tesla chief and US President Joe Biden is well documented. He went on a selling spree of Tesla’s stock to foot a mammoth $20B tax bill. But today, the story is about Musk. And not about Tesla, but Twitter.

On March 25, Musk put out a poll asking his 80.2M followers whether Twitter “religiously adheres” to the principle of free speech. 70+% of the respondents voted “No.” When an Indian Software engineer asked Musk if he would consider building a new open-source social media platform where free speech is given top priority and propaganda is minimal, Musk said he’s giving this “serious thought.”

When Musk had tweeted about taking Tesla private at $420, he settled with the SEC, and Tesla and Musk agreed to pay $40M in penalties. In November, Musk was questioned by the SEC when he polled his Twitter followers regarding him selling a 10% stake in Tesla. When a majority of the poll respondents said “Yes,” he went on a selling spree that pushed down Tesla’s stock.

Musk accused the SEC of making a calculated effort to throttle his “free speech.” When Jack Dorsey stepped down from Twitter last December, Musk put out a meme depicting incoming CEO Parag Agrawal as Soviet dictator Joseph Stalin and Dorsey as Soviet secret police head Nikolai Yezhov who was shoved into the water.

On Monday evening, SEC filings showed that Elon Musk had acquired a 9.2% (or 73.5M shares valued at $2.9B) “passive” stake in Twitter, thereby becoming the biggest outside shareholder of the platform. “Passive” stake means Musk is not seeking to acquire control of the company or influence the one who controls it.

It turns out Musk bought into Twitter much before he had polled his followers. The “passive” stake is because the shares are not held by Musk directly but through the Elon Musk Revocable Trust, of which he is the sole trustee.

Twitter’s shares have been a consistent laggard and a perennial underperformer. Elliot Capital Management, which had a 4% stake in the company, pressured the board and ousted CEO Jack Dorsey because he had two full-time jobs as Twitter’s CEO and Square’s (now renamed Block) founder.

Twitter has set ambitious targets for the next couple of years. It aims to achieve 315M average monetizable daily active users (mDAUs) and revenue of $7.5B or more by the end of 2023. The company needs to add 98M mDAUs within the next eight quarters, which is tough. The revenue seems more achievable, having stood in December 2021 at $5.08B (37% growth Y-o-Y).

The company is working on an Instagram-like feature to let two accounts co-author a tweet. On April Fool’s day, the company put out a Tweet saying that it is working on a long-awaited “edit” feature. Is it really happening? That’s anyone’s guess. Twitter also seems to be working on the ability to select text within tweets in the Android version of its app.

While Musk’s investment is a tiny percentage of his overall wealth, an overall buyout should not be ruled out, given that Jeff Bezos owns a respected news platform, The Washington Post.

Monday’s 27% jump was the company’s biggest on record in a single day.  That was enough to take the stock from negative return territory to a 17% gain year-to-date. Can the arrival of Elon Musk make Twitter chirp again? More tweets to come on this, it seems!

Samsung was once renowned for selling dried fish and other groceries