🔑 Can Toll Brothers Find The Key To Success? 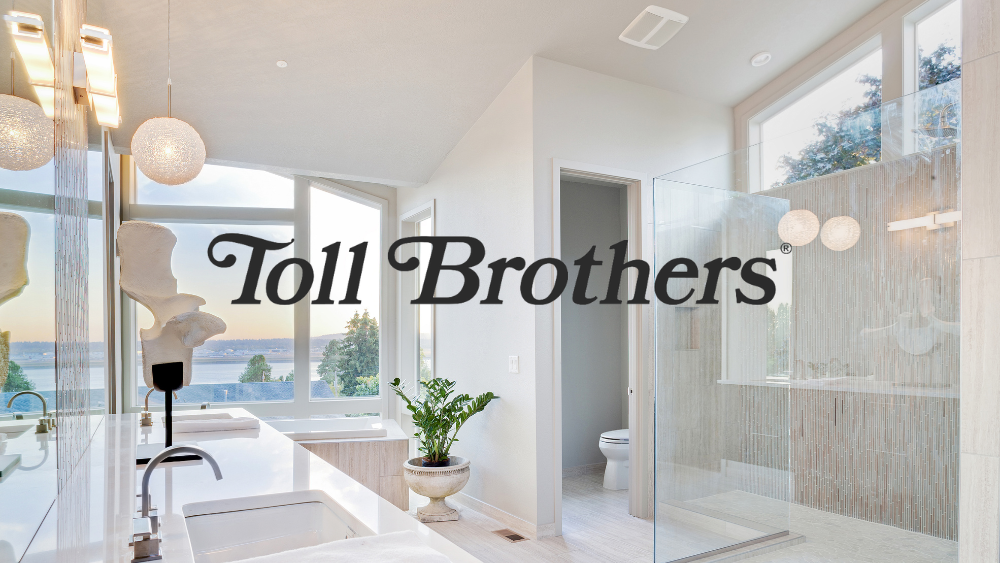 The US housing market slump is taking a toll (pun intended) on Toll Brothers Inc. (TOL). The country’s largest luxury home builder cut its full-year forecast and is increasing incentives to lure customers. Although some green shoots are emerging, will the company find the key to succeeding in uncertain times?

The National Association of Home Builders officially declared that the US housing market is going through a recession. Builder confidence within the single-family home market dropped significantly in August.

Builder sentiment has declined for eight consecutive months, while the pace of building single-family homes has slowed for the last five months. Home buyer traffic is also at the lowest level since 2014 after a surge during the pandemic when people chose to splurge on a safe space for themselves. The purchase of new homes is at a six-year low.

Many companies and builders are turning towards discounts and other buyer incentives to ensure they don’t end up with unsold inventory. 20% of the builders even lowered prices during the April-June period.

Mortgage rates have doubled since the start of the year, eating into home buyers’ purchasing power. Increasing rates have consequently impacted mortgage demand, which is at the lowest in 22 years!

As the name suggests, Robert & Bruce Toll founded Toll Brothers in Pennsylvania in 1967. The company designs, constructs, and sells detached & attached homes in luxury communities. It constructs & sells homes in over 60 markets in 24 states across the US. It also has lumber distribution, house component assembly, and manufacturing operations.

An average customer of Toll Brothers is mostly a “move-up” buyer who can afford houses that sell at an average price of $1M. “Move-up” buyers can afford to purchase a home at a greater value than their current home.

The slowing sales of existing homes make it difficult for potential buyers to trade up the ladder. Existing home sales fell ~6% in July versus June and were down 20.2% year-on-year.

Investors sued the company in 2007, accusing the directors of misleading them on their ability to maintain historically high earnings during the US residential real estate market downturn. Toll Brothers settled the suit for $25M, although they did not admit any wrongdoing. They were also fined $741K in 2012 for numerous alleged violations of the Clean Water Act.

CEO Douglas Yearly attributed the performance to sharply higher rates and home prices, stock market volatility, and economic uncertainty, which resulted in a “significant decline in demand.” However, he is optimistic about receiving better and high-quality traffic. Still, he acknowledges that this is a “buyer’s market” and that the company will have to act according to the change in trends.

Toll Brothers has increased incentives to engage with more customers. Sales in August so far have had incentives of $30K, compared to $12K in May, $15K in June, and $22K in July.

Trends seen during the pandemic reversed during the quarter as New York became the best-performing market for the company. This is in contrast to people leaving big cities during the health crisis. Other strong markets included New Jersey, Philadelphia, and Atlanta. Covid boomtowns of Phoenix, Austin, and Boise, were the weakest.

Despite the uncertainty, Yearly sees some green shoots emerging in recent weeks. There has been a jump in demand for loans offering lower down payments. According to experts, government applications increased 4% in August, which signifies more first-time homebuyer activity. Average weekly deposits in August are up 25% compared to July.

While some positives are emerging, it is hard to ignore the negatives. Toll Brothers is the most leveraged among peers, with total debt of $3.43B and cash reserves of only $535M. On the other hand, Rival NVR has $1B in total debt and cash worth $1.5B. However, Toll Brothers does not have any major debt maturities until 2027.

Analysts say that the full impact of the slowdown on Toll Brothers may stretch well into 2023 as their homes take longer to build. They also warn that the ongoing stock market volatility is a major overhang.

Shares of Toll Brothers have underperformed peers this year and over five years. It needs to find a key to open the doors of navigating these uncertain times with a highly leveraged balance sheet. Can it find that key? Well, that’s one answer the Toll Brothers are also desperately searching for.

More than 45 million millennials are hitting the prime first-time home buying ages this year, although they will have to compete with other homebuyers and real estate investors.