🫁 Can Philips Withstand The Recall Hit? 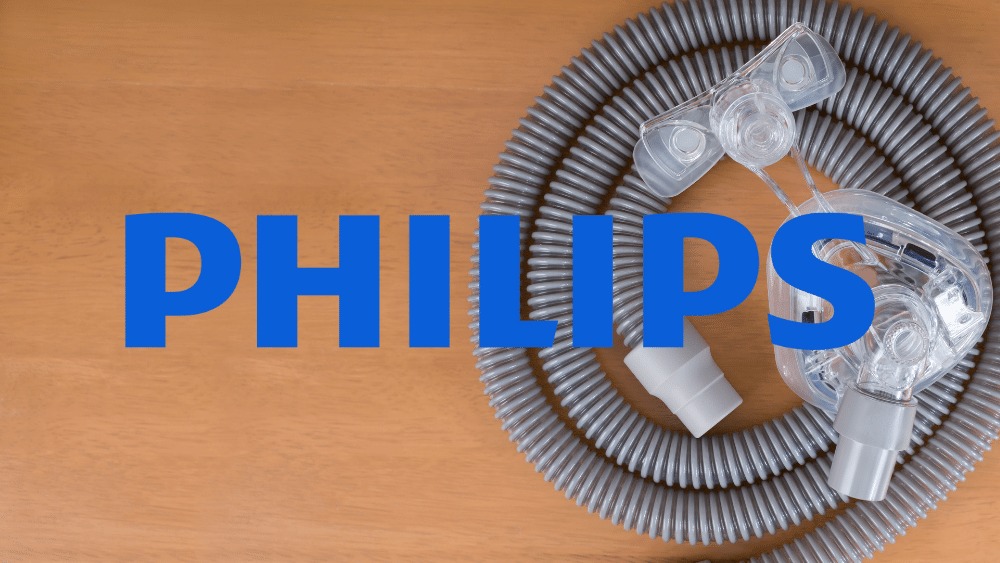 Royal Philips (PHG) has decided to write down the value of its sleep and respiratory care business by over a billion dollars due to the recall of the devices used in treating sleep apnea. Supply-chain issues will also mean that its current-quarter operating profit will more than halve from last year. With multiple headwinds knocking at the door, it has its task cut out to make things better for its shareholders.

At least 25M Americans, or one in every five adults, suffer from sleep apnea, a severe sleep and breathing condition linked to hypertension, cognitive impairment, heart disease, and stroke. Starting as a producer of light bulbs in the late 19th century, Philips pivoted towards healthcare in 2013 and hence dropped “electronics” from its name.

The company provides Bilevel positive airway pressure (BiPAP) and continuous positive airway pressure (CPAP) machines for people suffering from sleep apnea. Most BiPAP and CPAP machines are manufactured with polyester-based polyurethane (PE-PUR) foam, reducing the perceived sound and vibration from these machines. The devices regulate breathing by gently pushing air into the lungs through a mask.

The USFDA began to receive complaints in April 2021 about malfunctions or injuries associated with the breakdown of the PE-PUR foam in the BiPAP and CPAP devices manufactured by Philips. By August this year, the number had swollen to 69K reports of malfunctions and injuries, along with 168 deaths.

Philips first recalled the BiPAP and CPAP products in June 2021. The company initially planned on repairing 3M-4M devices globally, half of which were in the US, but ended up raising the estimates twice to 5.5M devices by April this year. The damage resulted in the company being subpoenaed by the Justice Department.

The DoJ raised concerns that the foam used in these devices could degrade and release harmful and cancer-causing particles. The subpoena, received by Philips’ Respironics division and subsidiaries, asked them to provide information about events leading to the product recall.

Philips issued preliminary updates for the current quarter, saying that worse-than-expected supply-chain disruptions will hurt sales and profits. As a result, the company expects current-quarter sales to drop 5% while adjusted operating profits are likely to more than halve from last year’s period.

The 60% drop in operating profit marks Philips’ second profit warning for the year. The company’s shares witnessed a sharp decline when it issued its first profitability warning in January this year. Philips also slashed its Q4 outlook to a mid-single-digit comparable sales drop while it previously hoped for sales to turn positive towards the end of the year.

Amidst the product recall, the company has decided to write down the value of its sleep and respiratory care business by $1.26B. Before the write-down, the company had set aside ~$900M to deal with the issue, which did not include legal expenses.

Outgoing CEO Frans Van Houten said that the impairment on the sleep care business is the “best estimate” of the impact of a consent decree proposed by the USFDA. The CEO refused to share more details on the consent decree as both parties are still negotiating the terms. Van Houten will leave the company in October after 12 years at the helm and will be replaced by Roy Jakobs, who is currently overseeing the product recall.

The company says it has produced 3.8M new or repaired devices so far and will ship around 90% of them by the end of the year.

Tests on many of the recalled devices are still ongoing. However, some tests carried out by independent laboratories on the CPAP machine found that it did not emit harmful levels of gas or small particles into the airways. Tests also revealed foam degradation in a small minority of devices but much more in those cleaned with Ozone, a practice that the company does not recommend.

Analysts believe that the weakness in Philips will spill over into 2023 as well and that consensus estimates for its operating profit need to come down by another 10 percent from current levels. They also said that the company’s targets for 2025 are even more challenging now that the respiratory care business is unlikely to recover fully from the recall.

The last 15 months have shaved ~$30B from Philips’ market value. Shares have also declined from their peak of ~$50 to be under the threat of slipping into single digits. It wants to make things better for its customers, but the investors would need much more than those devices to breathe life back into their holdings!

Every individual has a unique tongue print. Like fingerprints, your tongue print can be used to identify you.