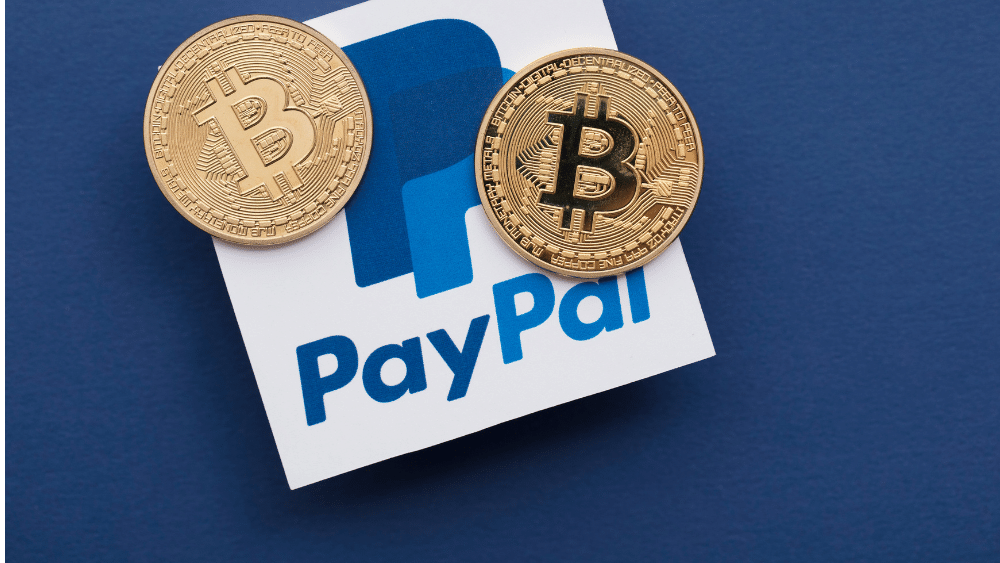 PayPal Inc. (PYPL) is everything contrarian today. It is doubling down on the Buy Now, Pay Later (BNPL) sector and the cryptocurrency market. Both have issues of their own. Does the move inspire confidence among investors, with shares down 60% this year?

During the pandemic, PayPal’s market capitalization surpassed all US banks except JPMorgan Chase. Shares even hit a record high in July. In-store sales improved as economies opened up, slowing down growth. The ~$40B attempt to takeover Pinterest soured investor sentiment further. PayPal called off the deal post the backlash.

The company disappointed investors again in February after cutting its 2022 profit outlook and abandoning parts of its 2025 growth targets. Shares faced their worst trading day on record. The 24% drop in a single session erased $50B of PayPal’s market value.

PayPal planned on doubling its active user base to 750M accounts by 2025. The targets were in place till November last year, but the company abandoned them within three months. PayPal maintained other targets for 2025 like $50B in revenue, 25% CAGR in Total Payments Volume, $10B in free cash flow, and 22% CAGR in EPS.

The company claimed to add 55M new accounts in 2021 and revised it to 49M later. 4.5M accounts were “illegitimately created” only to take advantage of incentives. Only 15-20M Net New Active Accounts (NNAs) are expected this year, much lower than in previous years.

CEO Dan Schulman wants to pivot. He wants PayPal to focus on users who frequent its services and not on pursuing customers who won’t regularly transact. The abrupt change in the strategy concerned investors and analysts alike.

Multiple forces will slow down PayPal’s business this year. eBay, once PayPal’s parent, has migrated to European player Adyen as its primary payments platform. As a result, PayPal sees extra costs and adjustments on its balance sheet.

The transition hit PayPal’s revenue by $1.4B last year. This number will be $600M in 2022. The change will be complete in Q3, post which PayPal will not adjust results for eBay. The management highlighted other challenges like inflation, stoppage of government stimulus, and labor shortages.

Betting On The Beaten

PayPal is a Buy Now, Pay Later (BNPL) leader in Australia with ~10M accounts. It strengthened its market positioning with a $2.7B acquisition of Japanese BNPL player and George Soros-backed, Paidy. The deal expands the company’s position in Japan, the third-largest global e-commerce market. In addition, 40% of PayPal’s active accounts are from overseas.

After the initial euphoria, the BNPL sector stands sidelined due to mounting losses and intense pressure from regulators. As a result, Apple’s entry into the space a few months earlier caused further disruption. PayPal announced a more significant push into the sector just a week after Apple’s announcement. It has launched a product allowing customers to use loans to spread larger payments into smaller monthly purchases.

“Pay Monthly,” the new offering, allows PayPal users to spread purchases of up to $10K over two years with interest reaching up to 29.99%. Payment plans are subject to credit approval. PayPal has offered a pay-in-four option over the last two years. It also provided PayPal credit, a line of credit with promotional offers through merchants. 22M PayPal customers used the Pay Later offering in 2021.

Cryptocurrencies are another market currently under the pump. The sector has lost $2T of the $3T market capitalization it scaled in November 2021. Bitcoin, the largest cryptocurrency, is down nearly two-thirds from its peak.

PayPal has allowed customers to buy, hold and sell Bitcoin, Ethereum, Bitcoin Cash, and Litecoin since late 2020. Its latest offering lets users transfer specific cryptocurrencies to other customers, exchanges, and external wallets. The new service will also allow customers to transfer coins from exchanges like Coinbase.

It also received a “BitLicense” from the New York Department of Financial Services, becoming the first company to convert a conditional license into a full one. BitLicense governs businesses working with virtual currencies.

The move aligns with PayPal’s plans to increase user engagement on its app. Customers are said to open their wallets twice as often after signing up for crypto offerings.

There are some positives despite challenges. First, the US GDP contracted by 1.5% in Q1. Still, PayPal’s Total Payment Volume increased by 13% during the quarter, indicating that consumers continued spending despite high inflation and recession fears. As a result, the US business,  contributing ~60% of revenue, grew 20% year-on-year in Q1.

The other aspect is PayPal Ventures, the company’s global VC arm. The firm has invested over $12B in various funding rounds. The company’s losses on strategic investments were $14M in Q1, compared to a gain of $120M in Q1 2021.

PayPal’s shares are down 61% this year. Its market capitalization is down 75% from the peak. Respite from current challenges appears distant. It wants to be friends with investors again. But will they reciprocate? Mainly after PayPal’s latest moves to focus on beaten-down sectors? Well, they are the masters of their own ship, pal!

Not Giving Up: JetBlue raises offer to buy Spirit Airlines – Again (SAVE -7.95%)