🚗 Can General Motors Become The Leader In EVs? 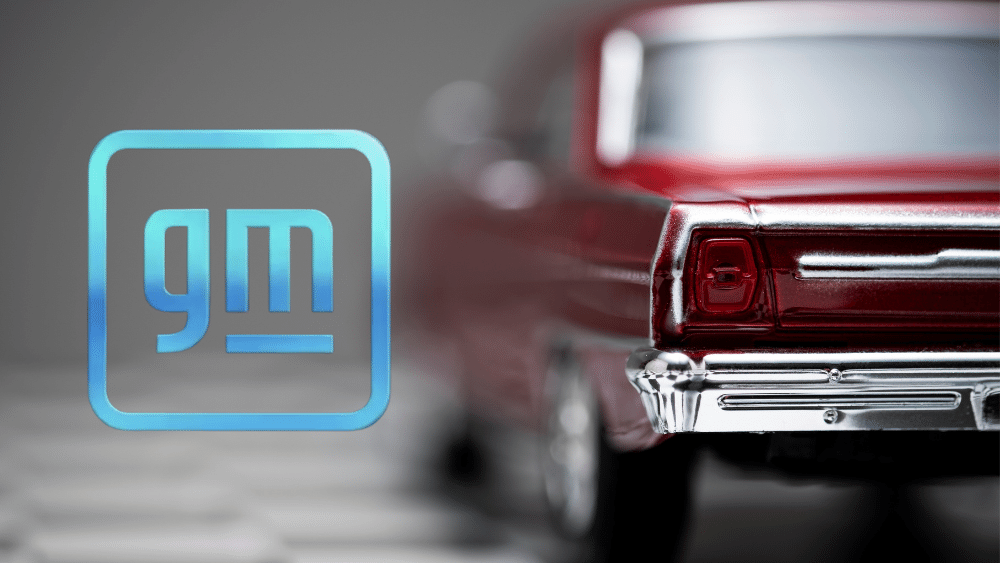 Automobile giant General Motors Inc. (GM) wants to become the leader in the Electric Vehicles space. To drive demand, contrary to industry trends, it slashed the prices of its top-selling EV – the Chevrolet Bolt by as much as 18%. Can it manage to challenge Tesla’s might?

Tesla accounted for 79% of the new EVs registered in the US in 2020 and 70% in 2021. In Q1 2022, that number rose back up to 75%. It delivered 310K EVs during the quarter, despite shutdowns at its Shanghai unit due to Covid-19 disruptions. Tesla currently leads the global EV market with a 14% market share. Tesla’s Model Y and Model 3 are the top two selling EVs in the US.

What about General Motors? In Q1 2022, GM delivered 457 EVs. That’s the long and the short of it. 358 of those were the Chevy Bolt, while the GMC Hummer EV Pickup Truck accounted for the other 99. GM began to sell the Bolt EV in 2016 and sold 23K units in 2017. That was the year Tesla crossed 100K in deliveries for the first time, delivering 103K cars that year.

In May 2020, GM signed a $2.3B joint venture with LG Chem to build a battery factory in Ohio, to manufacture Ultrium batteries that will be part of a new range of EVs that GM would manufacture. GM and LG Chem collaborated back in 2008 to provide supply packs for the Chevy Volt plug-in hybrid. Sales were a trickle, but at least they were selling!

Then came the recalls. Five Bolts caught fire without being involved in an accident, and GM recalled the first batch of The Bolt. A second batch was recalled in July 2021, courtesy of two manufacturing defects. Further investigations traced at least 10 fires due to faulty batteries. The third and final recall occurred in August when all 73K Bolts manufactured starting in 2019 were recalled.

The company was running low on battery – both literally and figuratively. The Bolt recalls, coupled with other supply chain snarls, meant that General Motors missed its Q1 sales estimates while EPS beat expectations.

Shooting For The Stars

GM is focusing on its core capabilities instead of looking elsewhere – a case in point being the deal with Nikola. After reports of data misrepresentation by its founder, GM will no longer take a stake and produce an EV with Nikola. Instead, it will only supply hydrogen fuel cells for Nikola’s heavy-duty trucks. GM is also increasing its ownership stake in the autonomous vehicle unit “Cruise.”

It also stuck to its plans of producing 25-30% more vehicles versus 2021 despite the semiconductor shortage, inflation, and issues due to the pandemic. The company is gearing for a record year of Bolt sales in 2022 – much needed after the recall fiasco. It expects 2023 to be a bigger year than 2022.

What’s the reason for this bullishness? GM’s plants in Ohio and Tennessee are already under construction. Since unveiling the EV version of its Silverado pickup in January this year, the company has received 140K reservations. The truck is expected to hit the market next year.

With the ubiquitous chip shortage, rise in commodity prices, and supply chain issues that are a constant concern, companies across the board have been increasing prices, including Tesla and Rivian. On the other hand, GM has gone on the opposite side of the spectrum despite expecting its overall commodity costs to double to $5B in 2022.

Rising costs notwithstanding, the company slashed the price of its 2023 Chevrolet Bolt EV by 22% compared to the 2022 model. This makes Bolt the least expensive EV on sale in the US. The company has justified the price cuts as necessary to remain competitive in the market since GM’s EVs do not qualify for federal tax incentives.

GM signed a multi-year agreement with Glencore to secure Cobalt, a key battery ingredient to power models such as the Silverado and the GMC Hummer, to achieve its ambitious forecasts. The deal came soon after Ford signed a preliminary agreement to secure Lithium from Argentina.

Shares of GM have dropped ~40% this year and are trading near their 52-week low. That means its current trailing twelve-month P/E multiple is around 6.3X. Compare that to the 40X P/E GM’s stock had commanded in the halcyon days of Fall 2018.

GM aspires to dethrone Tesla as the leader in the EV space, but it will need the stars to align and, of course, a lot of fully-charged batteries – batteries that don’t catch fire!

There are about 6,000 dogs that “work” at Amazon HQ in Seattle – they even have a dog park on site