🏦 Can Credit Suisse Work Its Way Past Scandals?

Shopify falls the most on record. 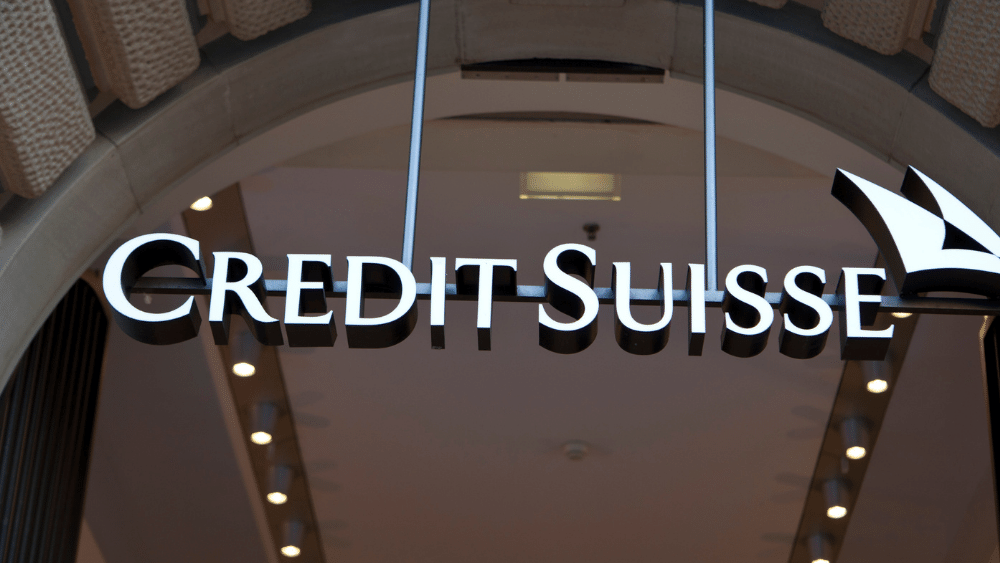 🏦 Credit Suisse: No Brake On Scandals?

Switzerland-based Credit Suisse Group AG (CS) has been having bad press lately. The saga involves a Bulgarian wrestler, suitcases stuffed with banknotes, and drug offenses. It now has a record that it cannot be proud of – the first criminal trial of a major bank in Switzerland. (Tweet This)

The Many Skeletons In The Closet

It’s well known that the Swiss banking system is notoriously secretive. Today’s story is about a curious turn of events for Credit Suisse, the venerated Swiss bank.

Tidjane Thiam became the CEO of Credit Suisse in 2015. Under him, the bank posted a profit of $3.5B in 2019 – the highest in a decade – and that’s right around the time he was forced out. These profits, however, came along with a steeper-than-expected loss in the investment banking business.

Credit Suisse’s global wealth management head was Iqbal Khan, who was tipped to succeed Thiam as CEO. Things got heated at a party that both Thiam and Khan attended in 2019, and the two came to blows. A month later, Khan was passed over for a promotion. Khan quit his job and joined a rival bank, UBS.

There were allegations that Khan was spied on, and the blame fell on COO Pierre-Olivier Bouee, who was fired in October 2019. Since then, Thiam was on thin ice with the board that was not happy with how he handled the whole situation.

The writing on the wall was clear. Thiam held on to the job for a year longer before quitting in October 2020.

Separately, between 2012 and 2016, Credit Suisse helped arrange loans worth $1.3B to develop the Tuna fishing industry in Mozambique. There is nothing overtly wrong with giving a loan to a government, which was supposed to be paid off with Tuna fishing income and Natural Gas income.

The issue was this loan was kept a secret from Mozambique’s parliament, the IMF, and earlier donors like the UK. The money never reached Mozambique and was laundered through an account in Abu Dhabi, and the funds were laundered to politicians, contractors, and bankers.

Credit Suisse was fined $500M by the US DoJ, the SEC, and the UK regulator, for lack of transparency; in October 2021, the bank pleaded guilty to wire fraud and waived the $200M debt owed by Mozambique to them.

Then came the implosion of Archegos Capital Management, the family office of Tiger Cub, Bill Hwang. Hwang’s fund was heavily leveraged and was underwritten, among others, by Credit Suisse. As Archegos holdings fell, Credit Suisse took a $4.7B hit in Q1 2021. Seven executives were fired. The bank took another $1.8B hit in Q4 on residual litigation and impairment charges.

The European Commission also fined credit Suisse $95.5M last year for manipulating forex rates and participating in a cartel detrimental to EU consumers. The cartel involved several other large international banks who manipulated forex rates for over a decade for their financial gain.

Back in 2002, a Bulgarian wrestler started working with the mafia and was trafficking drugs in order to support his training. The wrestler organized the import of tons of cocaine into Europe using planes, boats, and drug mules who swallowed cocaine-filled rubber balls.

The wrestler then had his friends deliver briefcases full of used banknotes to the Zurich branches of Credit Suisse for money laundering. A bank employee facilitated the cash deposits in excess of $560K each time. The wrestler was sentenced to 20 years in Italy and was also convicted in Romania and Bulgaria.

The Credit Suisse employee is accused of assisting the drug ring to launder CHF 16M and obfuscating transactions worth CHF 140M. Even so, Credit Suisse has argued that there is a seven-year limit on prosecuting money-laundering charges and a 15-year limit on aggravated-money laundering. In other words, crimes committed before February 2007 cannot be prosecuted!

The Swiss judge reviewing the case rejected these ludicrous claims and stated the trial would continue since the laundered funds were not limited to a specific period.

The slew of scandals has left the bank’s balance sheet adversely impacted. Switzerland’s second-largest bank reported a net loss of $1.7B for 2021, a much bigger loss than the $409M that analysts were expecting. It took “major litigation provisions worth $1.2B during Q4. This compares to a $2.9B net profit that the lender had posted in 2020.

It also flagged a decline in its trading revenues at its investment bank and wealth management business. The bank thinks of this as reverting to the mean after the higher volumes seen across 2020 and 2021.

Credit Suisse has become a synonym for scandals with more skeletons tumbling out of the closet. Investors seem to be either inured to the bad press or hopeful that the management puts a lid on these back-to-back scandals. And thus, hope reigns supreme!

In The Works: Google plans privacy change similar to Apple’s, which wiped $230B off Facebook’s market cap (GOOGL +0.83%)

A leveraged loan is debt from companies that are below investment grade in credit ratings. It is generally used to fund leveraged buyouts