🏦 Can Credit Suisse Restore Its Credibility? 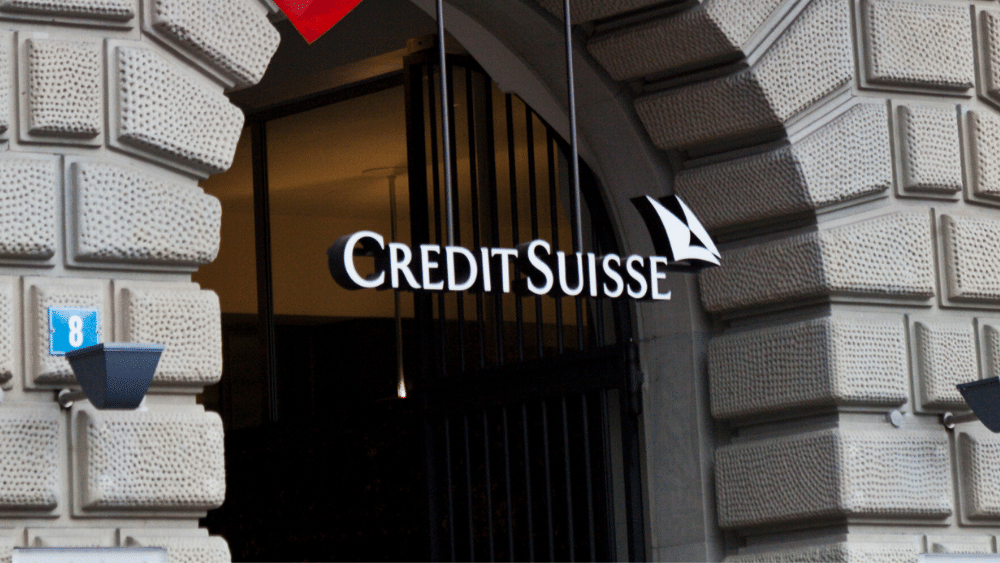 Credit Suisse (CS) has lost more money in three quarters than it made in 2019. It now has its third CEO in as many years after having replaced its entire executive team. Shares continue to underperform as the bank looks to move past its scandals. Has Credit Suisse lost its credibility?

Investment banks had a gala time over the last two years due to market exuberance and rampant deal-making. At the same time, Credit Suisse kept itself busy trying to clean up the mess of the numerous scandals that tumbled out of its closet. It also has the dubious distinction of becoming the first major Swiss bank to undergo a criminal trial.

Spying allegations, drug offenses, and the collapse of some major clients have resulted in the replacement of its entire executive team and half of its board of directors.

Although Credit Suisse has followed rival UBS in shrinking its investment bank over the last decade, it has failed to find the right business mix to weather volatile markets or costly mishaps.

Thomas Gottstein took over as the bank’s CEO in 2020, replacing Tidjane Thiam, who quit after the spying fiasco. The new CEO witnessed the collapse of supply-chain finance business Greensill in March last year and a $20B blowup of US hedge fund Archegos Capital a month later. The scandal resulted in a $4.5B charge for Switzerland’s second-largest lender.

Amidst this, Chairman Antonio Horta-Osorio resigned after violating Covid-19 quarantine rules. The scandals, resulting in “major litigation provisions,” pushed Credit Suisse towards a $1.7B net loss in 2021.

The bank reported a net loss of $283.5M in Q1 this year, hit by the Russia-Ukraine war and continued expenses from the Archegos fallout. Entrusted with cleaning up the mess, Gottstein could not convince the board of the progress.

Credit Suisse reported its third straight quarterly loss on Wednesday. The $1.66B loss in Q2 takes the cumulative losses over the last three quarters to over $4B. Soon after, the board announced Gottstein’s departure, ending a tumultuous two-year tenure.

Final Throw Of The Dice?

Credit Suisse also marked down its $5.9B leveraged-finance portfolio by $245M. Clients cutting down on risk resulted in outflows of $8B during the quarter. The management says there is a robust pipeline of transactions, but executing those may prove difficult under the current market environment.

Despite the massive losses, Chairman Axel Lehmann has denied any intention to sell or merge the beleaguered bank. There have been reports of US-based State Street preparing a takeover bid, which he termed “quite ridiculous.”

Gottstein’s departure comes within two months of Lehmann giving his full backing to him at the World Economic Forum, refuting reports of the board discussing his replacement. Under Gottstein, Credit Suisse’s shares are down 60%, the worst among major global banks. The cost of insuring the firm’s bonds against default has risen to the highest since 2009.

Ulrich Koerner, who currently heads Credit Suisse’s asset management division, will take over as the bank’s new CEO. Koerner spent a decade at the lender before moving to UBS in 2009 and re-joining in 2019 after losing out in a management reshuffle.

Credit Suisse has launched a new strategic review under which it will pare its investment bank further and cut costs by at least $1B. It also plans to evaluate its securitized products unit, redirect wealth and asset management operations, and overhaul its compliance and risk management functions. Lehmann did not shed light on whether this review will include job losses but promised to share more clarity during Q3 results.

Analysts believe that the CEO change completes the full management overhaul needed to restore confidence and that the appointment of Korner underlines the lender’s commitment to strengthen its asset management business which has been adversely affected post-Greensill and Archegos.

Korner now has the task of pulling Credit Suisse out of a corner it finds itself. For starters, he needs to restore some much-needed credibility that the bank has lost over the last three years. The lender could only hope that Korner would be successful in his efforts, prompting investors to say “How Suisse!” once again.

Out Of Nowhere: JetBlue nears deal to buy Spirit Airlines; deal can be announced as soon as today (SAVE +4.53%) (Premarket)

Warren Buffett has made 99.6% of his fortune after the age of 52